BROOME-BASED conservation group Environs Kimberley is warning that Texas-based company, Black Mountain, risks wasting tens if not hundreds of millions of dollars in trying to open up gas fracking fields in the Kimberley.

“Several multinational oil and gas and resource companies have spent large sums of shareholders’ cash on failed exploration in the Kimberley, including ConocoPhillips, PetroChina, Hess, Alcoa and Mitsubishi, with no return on investment,” Environs Kimberley director Martin Pritchard said.

“In a clear signal to other ‘players’, West Australian mining billionaire Andrew Forrest’s Squadron Energy relinquished its oil and gas interests in the Kimberley region’s Canning Basin last month. The company was quoted as saying: 'Squadron Energy continuously reviews its investment portfolio to ensure our projects are aligned with our climate policy and actively support the transition to a low carbon economy'. 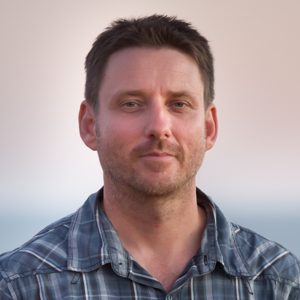 “Faced with a $29 million work program for its exploration leases, and an uncertain future for fossil fuels according to the recent IEA and IPCC reports, which stated there is no more room for new oil and gas fields, Forrest’s withdrawal was seen as a sensible business move," Mr Pritchard said.

"Texas-based fracking company Black Mountain’s subsidiary, Bennett Resources, has bought Mitsubishi’s leases in the Kimberley’s Fitzroy River catchment south-east of Derby. They currently have a 20-well drilling and fracking proposal under assessment by the WA EPA.

Bennett Resources' Valhalla project scoping document, which was out for public comment until yesterday, attracted more than 2,000 submissions opposing the project.

“The world has moved on from new oil and gas fracking fields, and the idea of having thousands of gas-producing wells in the Kimberley has been abandoned by the big multinationals, because the financial and reputational risk isn’t worth it,” Mr Pritchard said.

“We have seen multiple oil and gas proposals come and go over the past decade, including the Woodside James Price Point scheme, which attracted national and international protests. Black Mountain’s prospects of setting up Texas-style gas-fracking fields are diminishing by the day.

"The EPA has said it would have to do two years of baseline water monitoring before it can even assess the project. If approved, the 20-well proposal would take seven years to complete," he said.

"That takes us to the year 2030 before any decision on production wells could be made. The price on carbon will be huge by then, and renewables will be by far the biggest sources of clean energy.

“The other problem for Black Mountain is that they have nowhere to sell any gas they may find. No investor in its right mind would be putting money into such a project.

“Black Mountain could really do with some independent investment advice, and put climate change into the mix, before burning huge amounts of cash, as other multi-national oil and gas companies have.