THERE IS SOMETHING magnificent about a finely crafted roadside sign … and Indian Hills Community Center in Colorado, USA, may well be the world pace setters.

From the depths of deepity to the heights of hieroglyphic hilarity, the community at Indian Hills know how to put the pow into pow wow.

Bottomline publishes a selection of these in the hope that Australian roadside signage wisdom may make a similar comeback.

Well, there was one clever sign we spotted outside a church at Yeronga, Brisbane, recently: ‘We are the Soul Agents for this area.’ 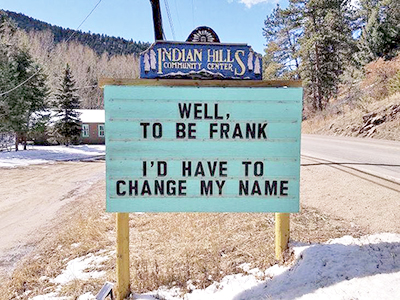 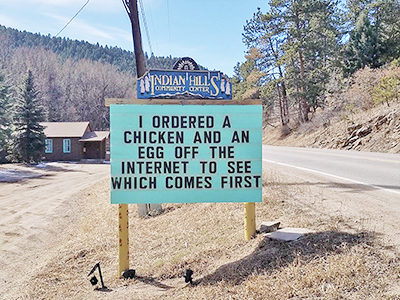 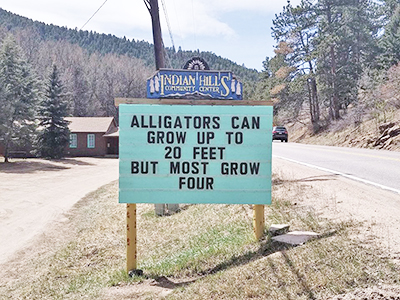 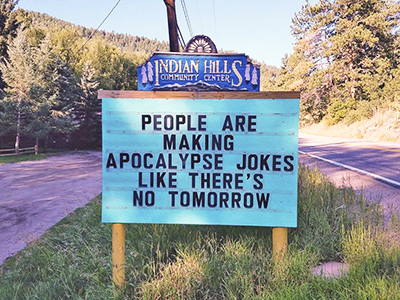 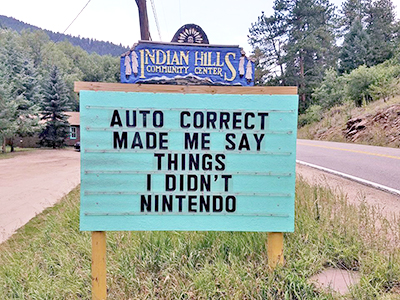 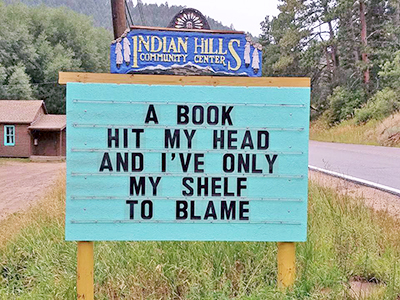 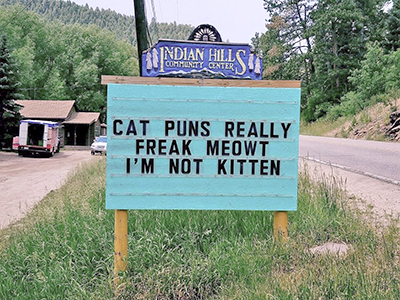 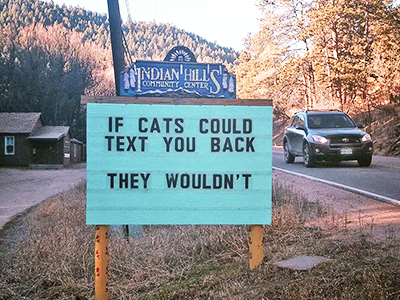 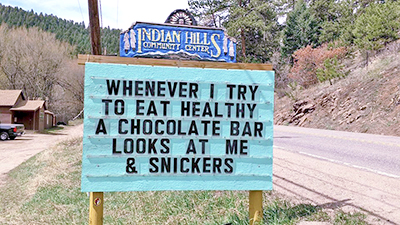 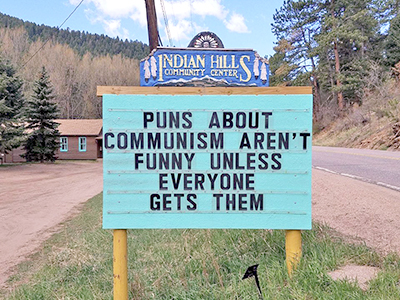 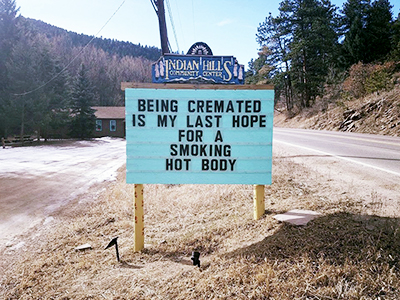 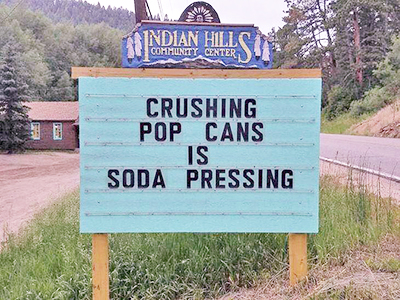 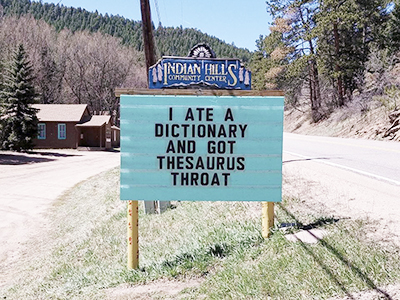 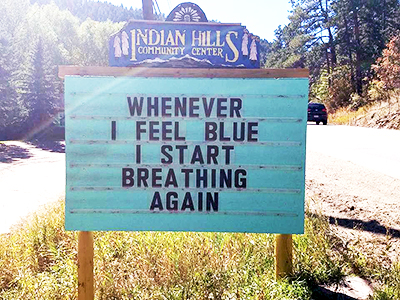 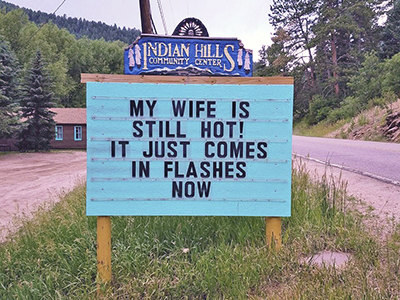 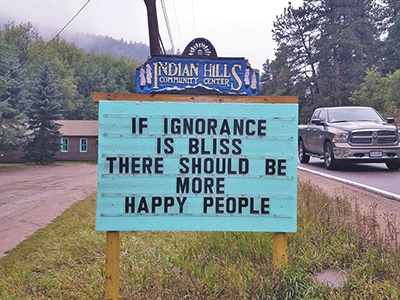 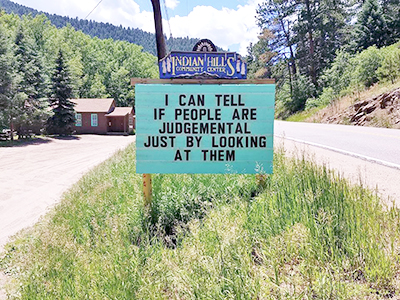 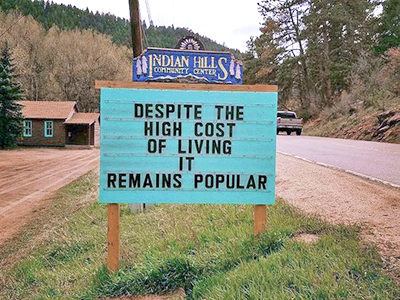 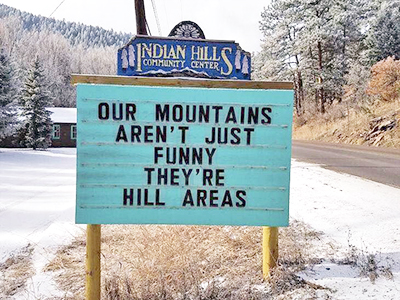 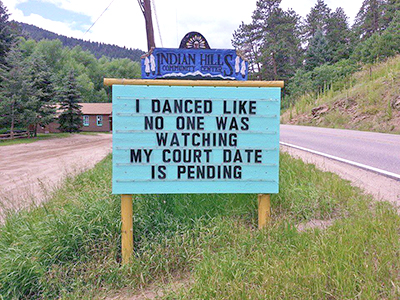 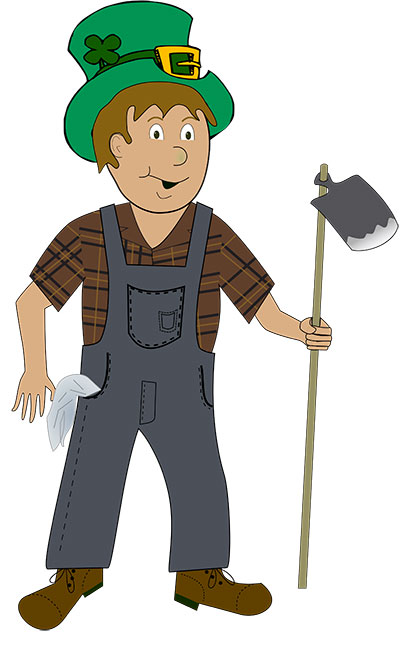 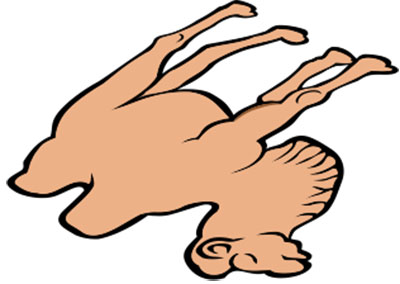 Here is an Urgent Letter Bottomline received just the other day. We are unsure how to react at this stage. Should we do so, Er, Gently?

I am Mrs Francois,

i have a pending project of fulfillment to put in your hand,

i will need your support to make this ream come through,

could you let me know your interest to enable me give you further information,

and I hereby advice that you send the below mentioned information because I have decided to will/donate the sum of $5.700,000USD to you for the good work of God,

and also to help the motherless and less privilege and also forth assistance of the widows.

We were at a loss as to how to respond, but fortunately this poor Mrs Francois provided a lovely .exe file to assist. Or was that ASSist? 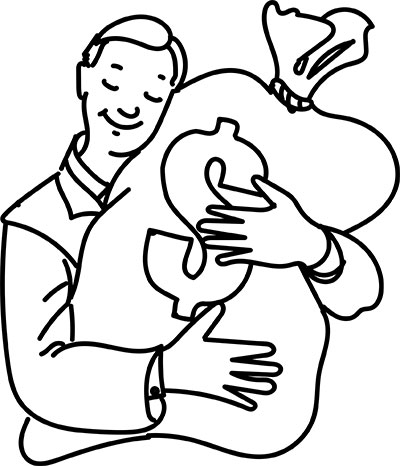 Unfortunately some techo named Mal must have put his wares into our system and it automatically quarantined and deleted the .exe file … so now we’ll never know what $5.700,000USD would have looked like in our bank account … or how all of our reams would have come through. 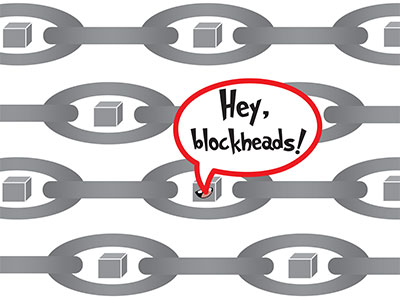 BOTTOMLINE is not sure whether this hotel brochure text presented to us is genuine or not … but we have discovered other genuine brochures that rival it for gentle ribaldry.

So we’ll give it the benefit of the doubt and present you with this cheery hotel brochure text from, apparently, a city in China. We think you will agree that it achieves its marketing objectives – how could you help but have an enjoyable (and even rollicking) stay? And you will certainly tell your friends. 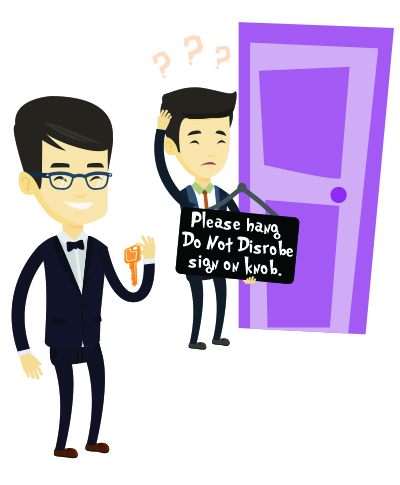 Getting There:
Our representative will make you wait at the airport. The bus to the hotel runs along the lake shore. Soon you will feel pleasure in passing water. You will know that you are getting near the hotel, because you will go round the bend. The manager will await you in the entrance hall. He always tries to have intercourse with all new guests.

The Hotel:
This is a family hotel, so children are very welcome. We of course are always pleased to accept adultery. Highly skilled nurses are available in the evenings to put down your children. Guests are invited to conjugate in the bar and expose themselves to others. But please note that ladies are not allowed to have babies in the bar. We organize social games, so no guest is ever left alone to play with them self.

The Restaurant:
Our menus have been carefully chosen to be ordinary and unexciting. At dinner, our quartet will circulate from table to table, and fiddle with you.

Your Room:
Every room has excellent facilities for your private parts. In winter, every room is on heat. Each room has a balcony offering views of outstanding obscenity! … You will not be disturbed by traffic noise, since the road between the hotel and the lake is used only by pederasts.

Bed:
Your bed has been made in accordance with local tradition. If you have any other ideas please ring for the chambermaid. Please take advantage of her. She will be very pleased to squash your shirts, blouses and underwear. If asked, she will also squeeze your trousers.

Above All:
When you leave us at the end of your holiday, you will have no hope. You will struggle to forget it.

‘No enterprise can exist for itself alone. It ministers to some great need, it performs some great service, not for itself, but for others; or failing therein, it ceases to be profitable and ceases to exist.” 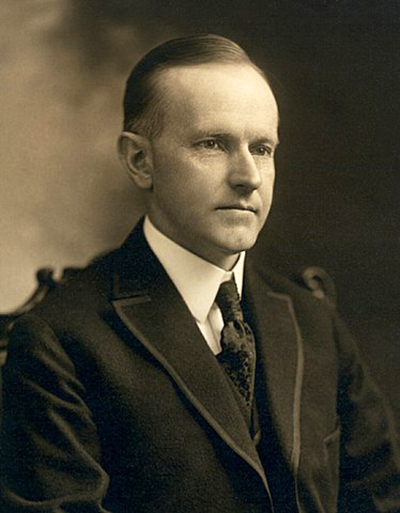 - Calvin Coolidge, US President 1924-29. Renowned for his practical understanding of how community and business interrelates.