ENGINEERS AUSTRALIA CEO Bronwyn Evans has received the 2022 Women in Industry Excellence in Engineering Award, presented at a ceremony in Melbourne on Thursday night, April 7.

Dr Evans was acknowledged as “an outstanding engineer and trailblazer in her field” – she was the first woman to graduate from electrical engineering at Wollongong University and her career has taken her from industry and academia to the boardroom. 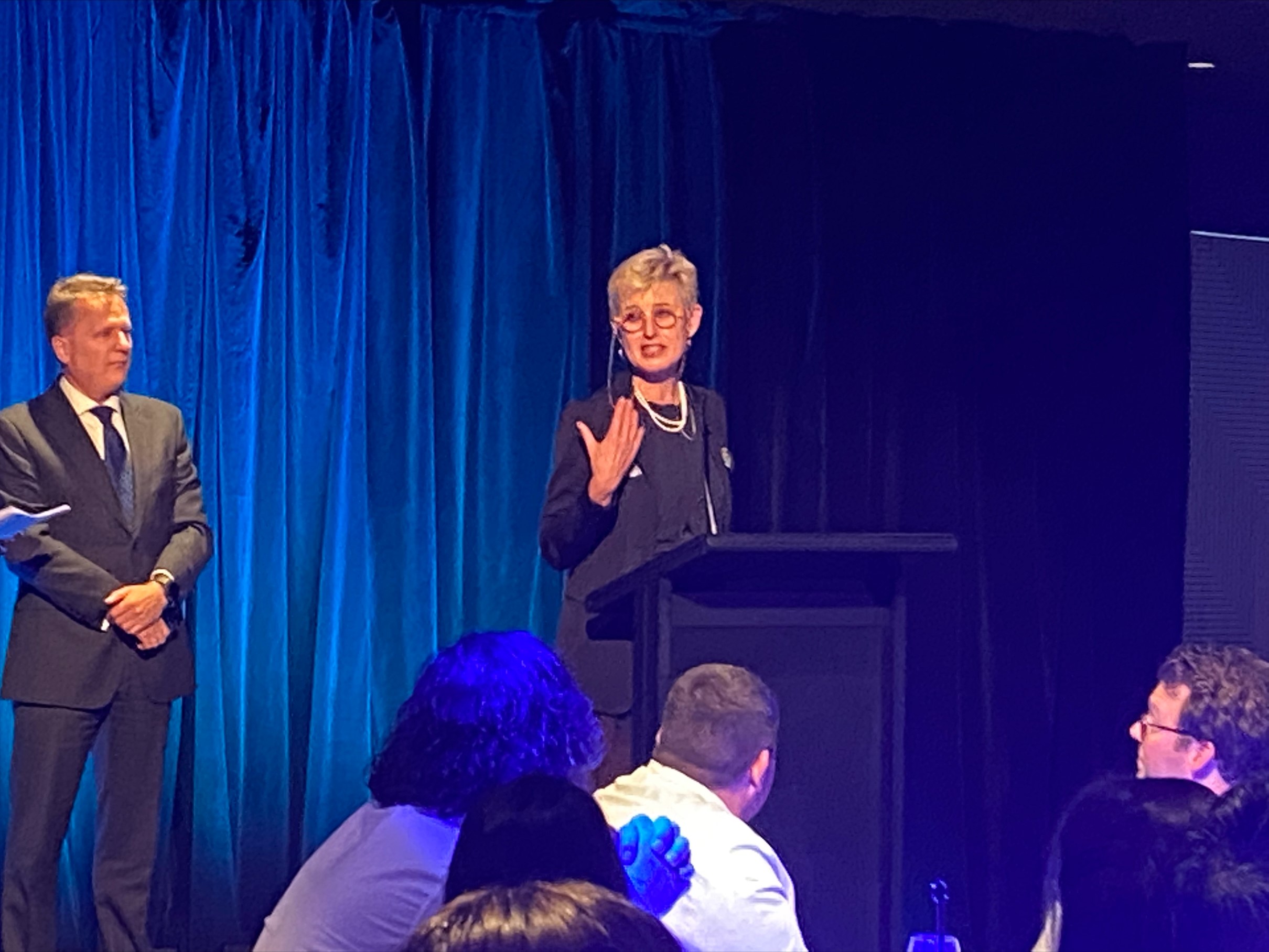 The first woman to occupy the role of CEO at Engineers Australia, Dr Evans was previously the first female CEO of Standards Australia, where she was instrumental in improving the standards development process and was elected to a global role on the ISO’s governing President’s Committee.

Dr Evans has held many non-executive positions, many on a volunteer basis, in areas including Industry4.0, STEM, industry-academia connections, construction and innovation.

Dr Evans is a chartered engineer and honorary fellow of Engineers Australia.

In 2021, she was awarded an honorary doctorate by Swinburne University and appointed as a Member (AM) of the Order of Australia for significant service to engineering, to standards and to medical technology.

In accepting the award, Dr Evans said there was still much work to do to increase the number of women in industry.

“Nights like tonight are important so we can celebrate our successes,” she said. “However, we still need to have difficult conversations about education, bias, assumptions and missed opportunities for women in industry.

“We know we will have succeeded when women are represented 50 percent top to bottom.  I urge all of us here tonight to use our profiles and our influence to be role models and to be champions for the amazing women who are joining our industries and professions.”

“We have female engineers to thank for many of the world’s greatest innovations, yet they make up only 12 percent of engineers employed in Australia,” the citation read. “Awards such as these are important to not only celebrate achievement but to also provide inspiration to others to break down barriers and excel in the engineering industry.”