THE ROYAL Commission into Misconduct in the Banking, Superannuation and Financial Services Industry is likely to give troubling insights into a directly related area that also needs urgent reform – administration, liquidation and bankruptcy.

Business Acumen has regularly highlighted concerns about how the existing business administration and liquidation regimes work in practice. Or, more specifically, how they clearly do not work – very well – for the good of the country and our economy.

A prime example we have mentioned is Cubby Station, the cotton property in Western Queensland that held the largest water storage rights in the country. Cubby Station’s directors placed the property into the ‘protection’ of voluntary administration during the prolonged Queensland drought, because of the risk of trading insolvent. 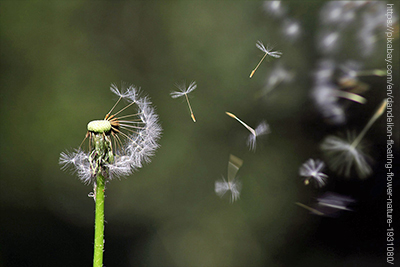 Three weeks after doing so, it rained – the best rains Australia had seen in a decade and Cubby Station was back in business … Or so it should have been, except the administrators refused to return Cubby Station to its management and ownership as requested by the directors.

It was later sold to a combined China-Japan conglomerate. Cubby Station’s shareholders lost their investments.

A similar thing happened last year, after the giant steel and mining group, Arrium, was placed into voluntary administration by its directors. Arrium was suffering what was thought to be a temporary problem due to over-investment in the mining part of its business.

Arrium still had spectacular cash-flows – and that was why its administrators were able to book an alleged $1 million a week in fees to ‘guide’ the company.

Arrium, with a capitalised value of more than $16 billion, was eventually sold for an undisclosed sum (rumoured to be around the A$1 billion mark) to British steel entrepreneur Sanjeev Gupta’s group. Thankfully, he is making good on his promise to re-invest heavily in the company and drive innovation in Australian steel manufacturing.

The shareholders of Arrium? They are out about $16 billion, but there are rumours of a class action brewing about that particular situation.

The stories of small business owners going into administration and re-emerging are few and fanciful.

The more likely scenario is for SME owners to hang on for a long as they can, trying to trade out of trouble, before they are taken out by either their bank or the ATO.

A sobering example Acumen knows of is a diversified printing partnership in which one of two directors decided to leave the industry, selling his shares to the other, who drew on family home equity to fund the purchase.

The departing partner miraculously showed up in another competing business and managed to draw away his original business’s major client.

With 60-70 percent of cashflow going out the door and a large existing supplier debt to service, the remaining director was quickly in all sorts of trouble, starting with the ATO.

Instead of making two-thirds of staff redundant immediately, the business owner held on with the promise of new contracts that did not eventuate. PAYE debt grew.

Reward for doing the right thing by loyal staff set the ATO on a rampage that liquidated part of the group. This triggered a major print supplier to go for the director using the director’s guarantee supplied. The business owner tried hard and nearly made it, paying down $220,000 in debt to $37,000 over a year… but the supplier opted to force bankruptcy through the Federal Court.

The SME owner lost his home and assets. The petitioner got about $5000 of the $37,000 debt, likely a net-negative after paying legal fees. The bankruptcy trustee got $15,000 out of the sale of the family home, the mortgaging bank got an extra $19,000 in penalty interest, eight staff lost their jobs.

A family was out on the streets. Other creditors got nothing.

It is not unusual in Australia for an administrator to profit most from such actions. Business Acumen is preparing a special edition on the current Australian liquidation and administration regime.