How the ‘too big to fail’ have failed Australian SMEs

THE APPARENTLY vexed question of an enquiry into the behaviour of Australia’s banks, and the broader financial services ‘industry’ – Royal Commission or not – should not be confused or limited by politics.

It is, fundamentally, too important for Australia’s future. 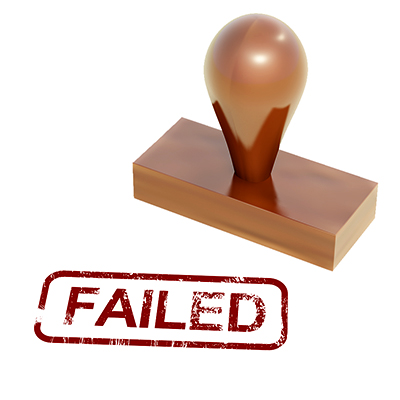 This inquiry should be done and dusted so Australia can get out of this dry gully of poor judgement, cronyism and self-serving greedy behaviour that has infected our banks.

If that sounds harsh or over the top, it would be so because you or your business – or someone you know very well – has not been personally affected by the carte blanche approach of the banks in managing their services (read as: your money). We have a hard time finding business people so insulated.

Yes, the really draconian days are gone, of banks of charging small businesses $50 per day per incident and adding 8-11 percent penalty interest for accounts being in arrears – even when there are uncleared funds (meaning: unavailable for three days while the bank trades it on the money markets) to counterbalance those arrears.

Most of those nasties were dropped by Australia’s big banks after the writing on the wall was writ large in civil cases in the UK and the US.

Australia’s smaller banks and the credit unions were too close and empathetic with their customers to pull such fast ones, even though it was not they (just the Big Five) that received the Federal Government’s guarantees during the GFC, which delivered a more secure money supply at lower interest rates – and greater profitability.

On the operations side, Australia’s banks did anything but return the favour.

The obscene re-jig of loan-valuation ratios on property – rural, commercial and industrial – perpetrated by banks like (the pre-CBA) Bank West and Landmark (when its loan book was bought by ANZ at the height of the GFC) were brutal and economically stupid.

Thousands of other small business owners fought rear guard actions against the Big Four banks that were forcing sales of family homes – under extreme duress – that in good times were the only way SMEs could secure bank business loans. Little has changed there, still, for the Big Four or Five.

Cutting edge technologies that, once, only the big banks could afford to roll out has been overrun by small, nimble finance companies – and some invaders from overseas – and they are exposing the lush underbellies of the big end of banking.

SMEs discovering their proud history of on-time payments to their traditional banks meant nothing have been increasingly able to borrow through innovative new fintech companies. These fintechs are quietly painted by the big banks as being ‘risky’ – but they are not asking for your house (or sheep stations, for that matter) as security.

The behaviour of the banks has been so poor that morale has declined dramatically among their remaining staff. Some of this has been due to the changing nature of bank jobs – tending into ‘sales’ roles instead of traditional client (read: money) management roles.

Some staff speak of suffering ‘a sense of shame’ over what has happened to their client businesses, after being set upon by their banks. Their personal and commercial relationships meant nothing to their own bank’s leadership levels.

Try as they may, the banks’ sweet and heartfelt advertising statements fail to mask recent memories of LVR rewrites, repossessions, punitive contract conditions and the unconscionable ramping up of interest rates owing to ‘increased risk’.

Instead of helping clients to overcome challenges and work through issues, banks have been notorious for punishing business clients who otherwise have a history of reliability and recovery.

Business Acumen has had hundreds of stories of poor financial services behaviour placed before us over the past decade – indeed, we have experienced some of it first-hand.

But the most astonishing example of why an unflinching enquiry needs to happen into banking and financial services behaviour came to us in late 2017..

Arrium, one of Australia’s greatest steelmakers, was placed into voluntary administration in 2016. It had been capitalised at close to $16 billion. A plan to rescue Arrium and place it back into the hands of its shareholders was proposed by a Queensland-based infrastructure finance group.

It required the four big banks, who had a combined total of $2 billion in loans outstanding to Arrium, to put up a combined $500 million bank guarantee in Arrium’s name in order to see the company trade out of debt completely over a three-year period.

The banks would get back their $2 billion in loans, the company would be returned to its shareholders – many of them major superannuation groups – and Arrium would pay all its creditors, who were owned another $2 billion. Most of these were Australian SMEs providing goods and services to Arrium.

How did this happen? How could Australia’s leaders in politics and finance simply overlook the opportunity to keep Arrium in Australian hands?

In the banks’ case, it was because most of that $2 billion in loans was unsecured. Australia’s banks, too big to fail, had fallen over each other to lend an astonishing amount of money to another Australian company, Arrium, they considered ‘too big to fail’. No questions asked.

Even the administrator who discovered the situation, Korda Mentha, was astonished by this – and told the infrastructure finance group so.

What other recklessness will be discovered by a deep diving Royal Commission  into Australian banking?