Previously those covered by an EA who volunteered for rural fire services were entitled to two weeks paid leave. 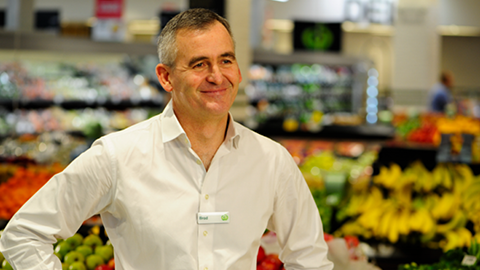 “The ferocity of this year’s bushfire season has been visible to us all, and has tragically taken the life of one of our own team," Mr Banducci said.

“Against the backdrop of our busiest time of the year, a number of our team have been serving as volunteers in rural fire brigades across Australia.

“In support of their community spirit, and with the inevitability of more challenges in the weeks and months ahead, we have made the decision to extend paid leave entitlements for our EA team members volunteering in the rural fire services.”

The updated Woolworths Group policy means both EA and salaried team members now have the opportunity to take four weeks paid leave  -- more, subject to approval -- when volunteering for rural fire services. It follows the recent announcement by the Prime Minister that federal public servants would now be able to access 20 working days paid leave in support of volunteer firefighting duties.

“In addition to our team members who continue to volunteer to battle the many bushfires still burning across the country, our store teams have also played a vital role locally in supporting rural fire service crews," Mr Banducci said.