EVERY WORKING AUSTRALIAN invests in superannuation and has the right to understand where and how their money is being invested. Yet the default position by super funds seems to be that once the money is entrusted to them, investors lose that transparency.

Currently, research shows 66 percent of Australians have no idea where or which industries their super is invested in. Without your knowledge, your superannuation fund could potentially be investing in a range of unethical practices that don’t align with your values.

A recent study from World Animal Protection found that 90 percent of super funds do not have a public animal welfare policy in place that prevents them from investing in live exports, factory farming or cosmetic testing on animals. The shocking data revealed that out of the top 200 superannuation funds in Australia, only 16 have current public animal welfare policies in place. 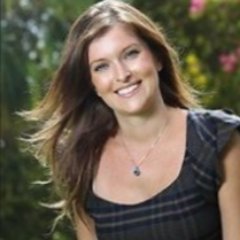 This is the dark secret of the super industry. From intensive factory farming, to cosmetic testing on animals or live animal exports – your money could be supporting these cruel and disturbing practices.

Superannuation sector at a glance

The Australian superannuation sector currently manages more than $3 trillion worth of assets, with the industry increasingly looking to invest in agricultural industries. The thing is, domestic equity markets can’t absorb this amount of investment, which is compelling super funds to invest in both offshore and unlisted (private) companies, and provide direct lending to private and listed entities.

To put it simply, unlisted private companies represent the majority of Australian agriculture, and are subject to much less public scrutiny than companies listed on the stock exchange.

The animal cruelty practices your super could be investing in

Without your knowledge, your super fund could be investing in live animal exports.

Millions of Australian sheep and cattle suffer unnecessarily during live export journeys every year. Thousands of animals die in transit because of the unbearable conditions on board the ships.

Many of those that survive the journey are handled roughly at their destination, killed while fully conscious and too many suffer outright brutality.

Antibiotics are used to prevent confined and stressed animals from getting sick thanks to the poor conditions in which they are kept. Overuse of antibiotics on factory farms can and does lead to antibiotic-resistant superbugs that puts human health at risk, according to the World Health Organisation.

Steps to being more transparent

Research by the Responsible Investment Association Australasia shows that most Australians, (66%), want a super fund that does not invest in animal cruelty.

The first step to knowing where your money is being invested, is asking your super fund about their animal welfare policy. If they don’t have one, ask why.  Also ask them what options they can provide to you if you don’t want your superannuation savings supporting cruel industries and practices.

Superannuation is something that many Australians forget about. But unless you provide your fund with guidance around industries you want to avoid, your fund can invest your money wherever they like.

They’ll listen to their customers too. With many super funds claiming to put customers at the core of what they do, Australians need to start putting pressure on them and demand transparency.

How can I make the switch to an ethical super fund?

If you think you might need some independent advice about your investment choices, it may be a good idea to consult a certified financial adviser or you can contact the Australian Taxation Office (ATO) to switch your super to another fund via the ATO.

The ATO makes it easy to switch your super to another fund.

It is time for the superannuation sector to be more transparent about where they are investing your hard-earned money. Your superannuation savings are not only shaping your personal future, but the future of animals and our planet.

Patrice Pandeleos is the founder of Seven Communications and has more than 21 years experience working in some of Australia’s highest profile media organisations including Channel 7, SCA, ARN and News Digital. Ms Padelos also has a solid understanding of the Australian political landscape, having campaigned to win the seats of Sydney and Heffron in two state elections for the Liberal Party.  www.sevencommunications.com.au