Every wondered how to change a toxic business culture?

YOU NEVER FORGET your first toxic culture. It stays with you, night and day, weekday and weekend. It affects your work, your relationships, your life. Often, you’ve done nothing to create (or maintain) it, but like everyone else, you’re forced to live it.

For some, this is a daily routine with no way out. I scoff at ‘so-called’ experts who tell people that if they don’t like their culture they should leave. This is easy to say when you’ve never been in the position that some people – including me – have. 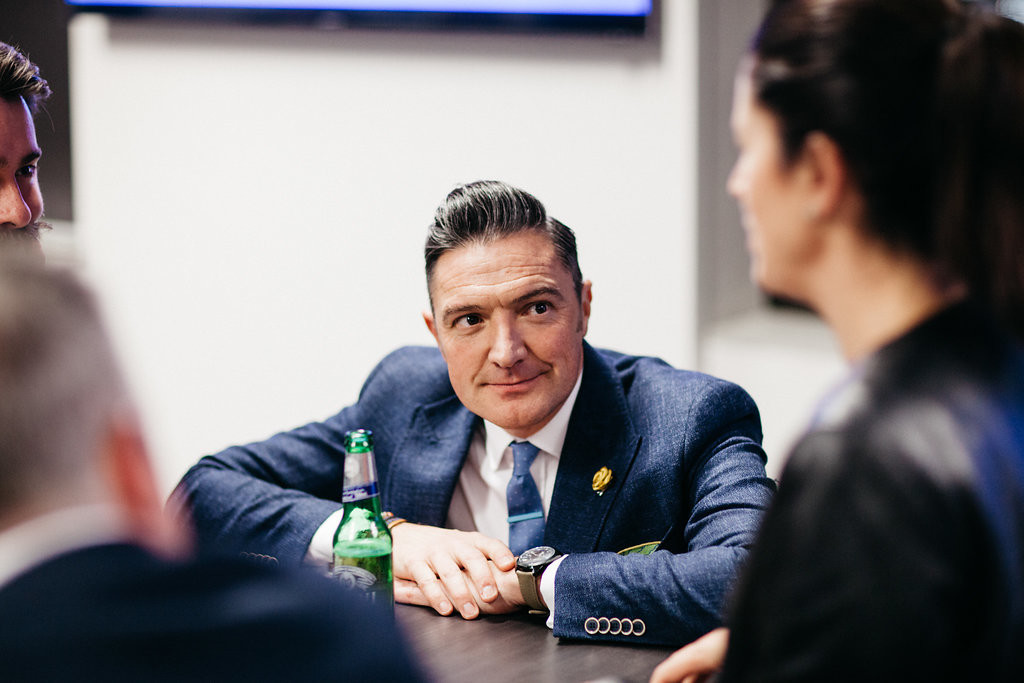 In the last toxic culture I was part of, I was a senior executive with two young children. My wife was running our loss-making business in between parental duties and we just about made the ends meet.

Did I enjoy being part of the toxic culture? Absolutely not. But could I just resign and leave? Nope. So what to do? If you stay you make things worse, but if you leave, you may do likewise.

Of course, sticking with something that’s bad for you is never a good idea and make no mistake, toxic cultures are bad for everyone. They’ve been statistically proven to increase stress, anxiety, mental health issues and thus undermine engagement and productivity.

According to US research company Gallup, toxic cultures costs US businesses alone about $500 billion every year in lost productivity.

So they’re bad for people and bad for business too, yet some people seem to revel in them and some leaders choose to ignore them.

WHAT CAUSES A TOXIC CULTURE?

Toxicity in organisations is a result of a working culture that has stagnated. In these kinds of cultures everything stops. There’s no conversation, no challenge, no clear strategy or priorities, no consequence for poor behaviour or poor performance and no visible leadership.

There is plenty of fear and a distinct lack of safety.

When Google surveyed its teams in 2017 and asked them what their number one attribute of great teams was, psychological safety came out on top.

Amy Edmondson is the authority on Psychological Safety (PS) and I’ve followed her work for a number of years now. In a paper in 1999 she described it thus: “Psychological safety describes the collective belief of how team members and leaders respond when another member ‘puts themselves on the line’ by asking a question, reporting an error, or raising a difficult issue.”

In toxic cultures this doesn’t happen. Leaders ‘blame throw’ and look for scapegoats. They use power and authority and seek to make the simple complex. When faced with this scenario, employees have to do all they can to ensure that they did their bit to challenge these norms and to show courage in the face of toxicity.

Toxic cultures are created as a result of low emotionally intelligent employees who feel little to no connection with what the team or organisation is trying to achieve.

Sometimes, where strategy or a decision is clear, this is understandable, however in my experience, it’s mostly a result of bullying behaviour from managers or else allowing certain individuals to become a disruptive influence. In order to address either of these issues, courage is required and in toxic cultures, courage in numbers provides greater psychological safety.

Now don’t get me wrong here, I’m not suggesting for one minute that people ‘gang up’ on those they believe are responsible for the toxicity. It’s critically important that they practice what they preach and approach the issue with empathy, seeking to understand the root cause of the toxic behaviour and presenting solutions to address it.

Whether this is being honest with a colleague or manager about their behaviour or – in the absence of acceptance that this is an issue or safety in doing so – then escalating the issue to those that can help.

Throughout this process conversations must be had and notes must be taken. Email should only ever be used to confirm understanding and action, never as an outlet for frustration or discussion.

MOVING FROM TOXIC TO VIBRANT

For a culture to move from toxic to vibrant, people have to be called to account for their behaviours or performance. The best teams do this really well so that managers never have to do it.

And in order to be able to hold each other to account, time needs to be spent discussing what works well in the team and what doesn’t. Then a set of behaviours and principles need to be agreed that can serve as the foundations for better working conditions.

Without this, people lack the foundations from which courage and discipline can rise and the toxic culture will remain.

It is vital that individuals who have identified their culture as being toxic, take meaningful action. Simply waiting it out and hoping that it corrects itself is not an option.

To get rid of a toxic culture, the staff have to define what vibrant looks like and then have the courage and discipline to hold themselves to account to it.

If nothing changes then leaving and finding a place that allows you to do your best work may be the only option you have. 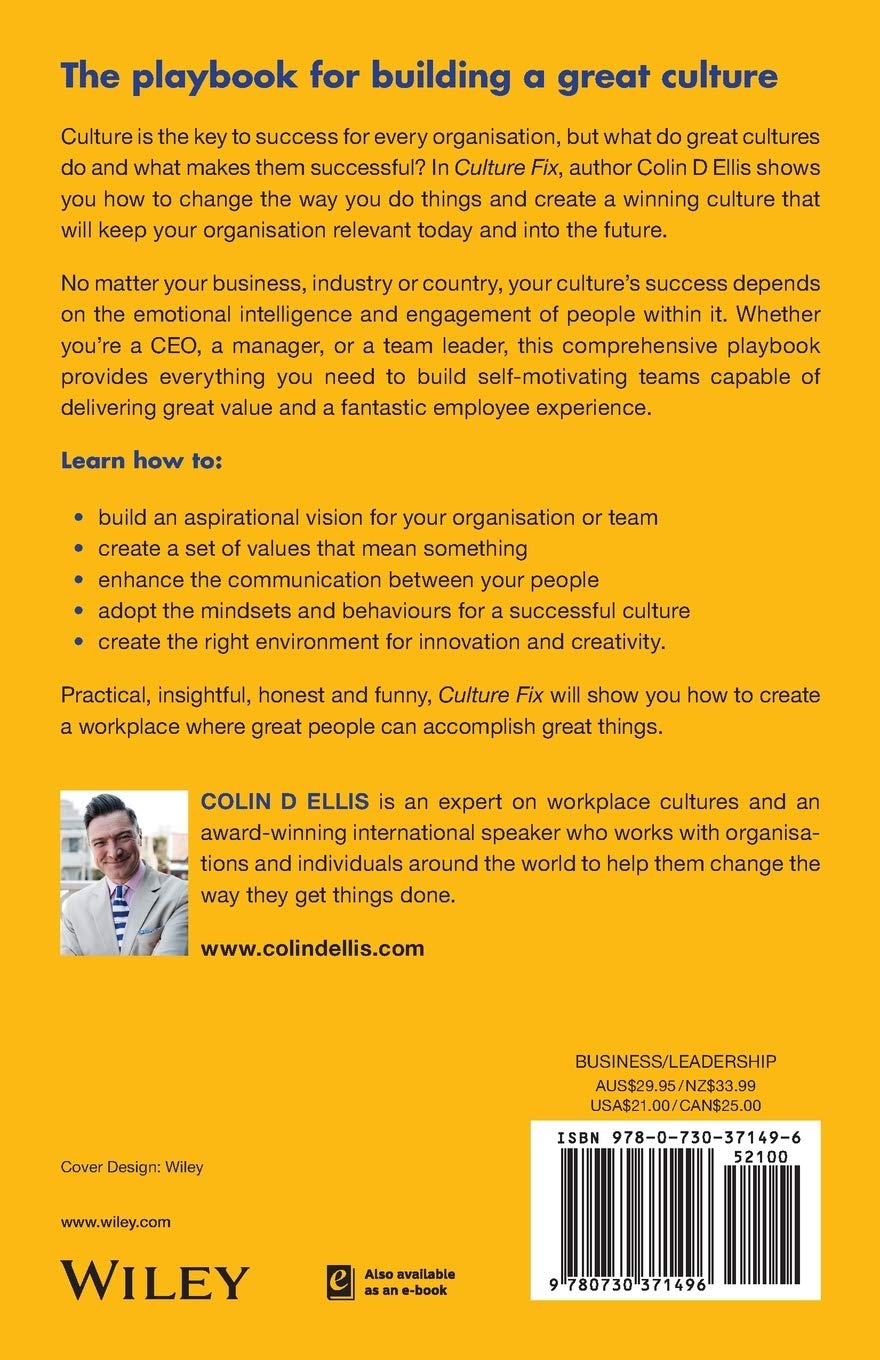 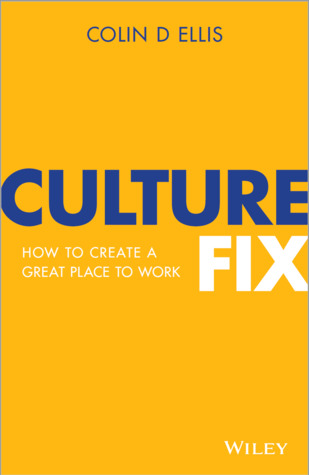 Colin D. Ellis is a culture change expert, an award-winning international speaker and a best-selling author. His latest book ‘Culture Fix: How to Create a Great Place to Work’ (Wiley $29.95) has seen him travel all over the world to help organisations transform the way they get things done.  For more information about how Colin can help your team visit www.culturefix.xyz