AUSTRALIA is increasingly prone to severe flooding and the risk to business on the East Coast is on the rise.

Regions in Queensland, New South Wales, Tasmania and Western Australia have all been inundated between June 2016 and November 2017. Parts of North Queensland were declared a disaster zone due to flooding in March 2018.

These conditions have directly impacted businesses in affected areas, as well as other companies and consumers that rely on their products and services. 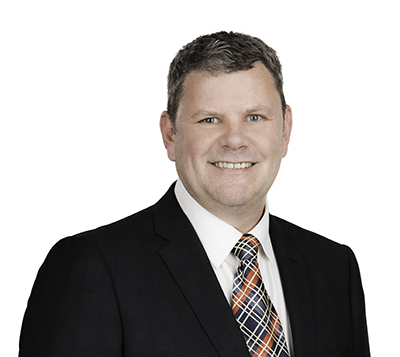 Research indicates the frequency of flooding in coastal South East Australia – extending from Brisbane in the north down to Eden in the south and incorporating Sydney, Wollongong and Newcastle – has increased since the late 19th century. According to research published by the Bureau of Meteorology in 2016, the frequency of major floods has increased by 50 percent during that time.

Flooding is one of the most damaging and expensive natural catastrophes. Floodwaters can damage essential production machinery and stock, forcing businesses to expend considerable time, effort and money cleaning, repairing and replacing damaged items. Flood-related interruptions to production or delivery risks losing credibility with customers, investors and other stakeholders.

Now consider that about one in 10 existing industrial facilities are located in a designated flood zone. This is where 80 percent of flood losses historically occur.

Annual exceedance probability (AEP) is a key measure of flood risk. An area with a one percent AEP has a one-in-100 chance of flooding in any given year.

Contrary to popular belief, this doesn’t mean such a flood will only occur once every 100 years or that you’re safe for another 100 years after experiencing such an event.

Mathematical modelling reveals that an industrial building situated in an area with a one percent annual flood risk for 30 years would have a 26 percent chance of experiencing a flood during that period.

The Australian Government reports our most costly flooding hit parts of Queensland in 2010-2011. It cost our national economy more than $6.6 billion.

To put that in perspective, the average direct annual cost of flooding has been estimated at $943 million.

So the business case for improving flood resilience is compelling. While many businesses are potentially exposed to flood threats, this doesn’t mean damage is inevitable.

For businesses based in flood zones, taking practical and proactive steps minimises the impact of flood, maintaining operations and safeguarding brand reputation.

Planning greatly reduces the likelihood and extent of losses.

A recent FM Global study examined the effects of flood damage on businesses over a 10-year period. It discovered that companies with no response plan — or an ineffective one — suffered an average loss of more than $2 million. Companies with effective response plans in place suffered 70 percent lower losses.

Flood waters associated with Cyclone Debbie in 2017 resulted in a manufacturing plant in New South Wales being shut down for 12 weeks when up to a metre of water flowed through the plant.

Much of the production delay was due to water damage to electrical equipment.  Raising equipment above the anticipated flood depth would have greatly mitigated the duration of production interruption.

Another business owner had a flood plan which instructed the maintenance team to place all floor-mounted equipment on top of workbenches. This didn’t consider the time it would take.

When flood waters hit at night there was only one worker on shift, so they only managed to move half the equipment before they had to evacuate the site.

The plan also didn’t identify that the anticipated flood depth was above the bench height, so all the equipment was damaged and needed to be replaced.

If the site’s flood plan had considered the time, resources and the likely flood depth this effort would not have been wasted and the one worker could have focused on moving high-value, critical equipment up to the second floor.

When plans are well developed and thought through, they keep your business running.

One business had a flood plan which was focused on moving all high-value vehicles 12km to another facility. By understanding how much warning time they would get from the council, they knew exactly how many drivers they would need to move the fleet to a safe location. As a result, there was minimal damage and normal business was resumed quickly after the waters had subsided.

Effective flood plans focus on protecting and remediating critical systems, machines and stock in the event of inundation. Businesses should also implement processes to trigger these plans promptly in order to minimise damage and disruption when flooding occurs.

Flood is a significant risk but damage is not inevitable. You should undertake a cost-benefit analysis of modifying facilities to either prevent water getting inside your facility or by relocating critical equipment and material above predicted flood levels. Preparation is the key to taming the waters and keeping your business high and dry.

Paul May is the engineering manager of FM Global Australia