THERE ARE TWO seismic changes that have modified Australian workplaces and which challenge employment law, according to leading Australian employment and industrial law barrister Ian Neil SC.

The first is the way employees can work from home. The second is JobKeeper. Both will have implications for years to come, Mr Neil said.

The prospect of many people now working from home, across all industries, being reluctant to come back in the office to work full time will have enormous commercial implications.

“The central business districts of our large cities will probably never be the same as they were before the pandemic,” Mr Neil told Talking Business. 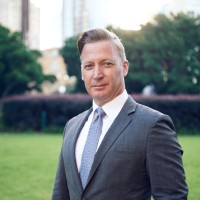 “It also has profound implication for the way work is organised and I would suggest, finally, deep pervasive implications for the way employers and their employees relate to one another.”

JOBKEEPER IN THE SHADOWS

Similarly, the implications of JobKeeper will last for years, despite the Federal Government now winding it back.

“With income support on such a large scale, once it’s been done once, it becomes easier to do it again, and perhaps to do it in different circumstance,” Mr Neil said.

“It’s affected a revolution, I would say, in that it’s overturned the consensus over the last 15 to 20 years, the no-liberal consensus, about the role of government in our society, in our economy and in relation to people’s employment.

“Now once that consensus is overturned in that way, the implications of it remain. They will sit there.”

That means we will not be going back to an age of smaller government.

“We’ve seen attempts by our Federal Government to sell the idea that it’s time for governments to step back, that the Australian people don’t want governments to play such a large role in their lives as they have over the last two years but that message does not seem to have resonated and rather, seems to have foundered on events,” Mr Neil said.

“The floods in northern NSW and Queensland are a perfect example of that.”

Mr Neil said people ‘working from home’ raised a number of important occupational health and safety issues that the law still has to grapple with in a conclusive way.

“Once you have employees working from home, then for all practical legal purposes, at least while they are performing work, the worker’s home becomes a place of work,” Mr Neil said. “And because it’s a place of work, it attracts the stringent statutory and other obligations that all employers have to provide safe places of work for their employees and workers.

“Now that is an extraordinary idea if you think about it, the idea that employers have a legal responsibility to ensure that if their employees are working from home, those homes are safe places to work.”

Mr Neil cited one case where a woman was tragically murdered by her partner and that case was held to be covered by workers’ compensation legislation because her home was a place of work.

“If you think about it, it’s easy to see how the notion that employers have that kind of responsibility is revolutionary,” he said.

This raises a number of issues for employers. How do they ensure their workers’ home is a safe place to work? What steps do they take? What powers of control and direction do they have?

The question of whether an employee can refuse coming into work will largely be determined by the growing trend of society now ‘living with COVID’.

“An employee will be no more at risk by coming to work than they will be going to the shops, or moving about the streets or going to a cinema,” Mr Neil said.

“There may be some places of work that pose some special risks, working in close proximity to other workers in unventilated workplaces and so on, but they will be rare.”