THE OPENING arguments in Youth Verdict and The Bimblebox Alliance’s human rights, nature and climate legal challenge to Clive Palmer’s proposed Galilee Coal Project will be heard from today at the Queensland Land Court.

The Queensland Land Court will hear what Youth Verdict and The Bimblebox Alliance has called "compelling evidence that the Mining Lease and Environmental Approval for the mine should be refused".

Represented by the Environmental Defenders Office, Youth Verdict and The Bimblebox Alliance will argue coal from the mine will impact the human rights of First Nations Peoples by contributing to dangerous climate change. They will also argue the mine would destroy the Bimblebox Nature Refuge which sits on top of the proposed mine site.

In a legal first, First Nations people in Gimuy/Cairns and the Torres Strait Islands of Erub and Poruma will give evidence to the Land Court on Country and in accordance with First Nations protocols.

The court will travel to the traditional lands of First Nations witnesses to hear first-hand "how climate change is impacting their lives and what will be lost if climate change is worsened by the burning of coal from new mines, including the Galilee Coal Project".

Youth Verdict’s First Nations-led argument is the first time a coal mine has been challenged on human rights grounds in Australia.

According to Waratah Coal's website statement, "The Galilee Coal Project (Northern Export Facility) consists of two open cut operations and four underground longwall mining operations, coal handling preparation plants and a rail transportation network to Abbot Point and a proposed port facility at Abbot Point. The project intends to mine 56 Mtpa [million tonnes per anum] of run-of-mine (ROM) coal, which will be later processed to produce 40 Mtpa of product coal. The project will initially commence operations with a 10 Mtpa open cut mine, eventually ramping up to 56 Mtpa several years later." 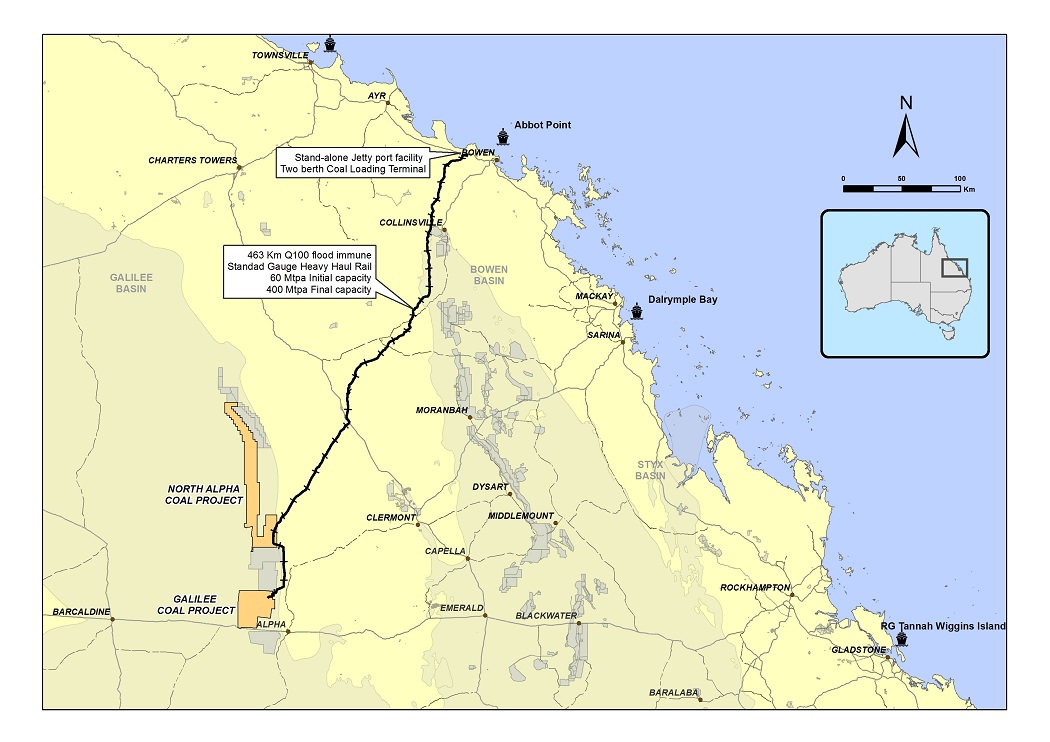