Nozomi Networks Inc. has created the event -- named Operation Cyber Crisis -- to bring together Australia’s best cyber talent to strategise in simulations how to stop cybercriminals aiming to take down key critical infrastructure.

Operation Cyber Crisis will play out two increasingly difficult cyber threat scenarios targeted against industrial systems and critical infrastructure. The challenges will incorporate elements of cyber reconnaissance, operations security, and malware analysis, putting the teams in tough scenarios to truly assess their decision-making abilities under stress. Participants will be sent a challenge coin after the event. 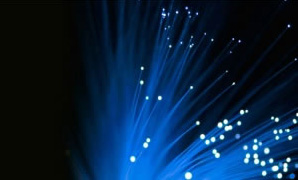 The event will be run and managed by retired United States Marine Corps (USMC) Colonel Bill Hagestad II, a China cyber espionage expert who has worked extensively with the FBI and the SANS Institute.

“Operation Cyber Crisis is more than just fun, it’s about testing your cyber skills and building up your preparedness in the face of an attack,” Colonel Hagestad said.

“The crisis control team has formulated the game based on real-world threats and are on hand to analyse and evaluate each move the teams make. It’s a game of strategy and skill, but most importantly it shows the participants how their cyber skills will hold up when confronted with a serious threat.”

The games will be an opportunity for Australia’s top cyber minds to flex their problem-solving muscles and demonstrate and assess the best ways to counter incoming attacks.

Practising for real-world events builds up specialists’ cyber resilience, helping them be better prepared for the serious and rapidly evolving cyber landscape, according to Nozomi Networks regional manager for Australia and New Zealand, Ameen Al-Majzoub.

“As Australia looks to fill up to 30,000 cyber roles in the next few years, quality of training at all levels becomes so important," Mr Al-Majzoub said.

"This is a series of lifelike scenarios combining multiple attack methodologies together and will be an invaluable experience for any cyber pros looking to gain an understanding of what can happen in the trenches.”

Other members of the crisis control team will include former Queensland Police operational commander of the Fraud and Cybercrime division, Brian Hay; former US Department of Justice Federal Prosecutor, Jonathan Rusch; and Nozomi Networks’ director of cybersecurity strategy, Chris Grove.

The virtual event will be held on Thursday, December 1, AEDT from 10am to 12pm.