THE Australian Labor Party's (ALP) current policy to abolish the Australian Building and Construction Commission (ABCC) could result in a $47.5 billion hit to the economy, according to economic modelling by EY.

EY’s modelling found that in the context of building Australia’s economic recovery from COVID-19 and acute supply-side pressures currently facing the industry, abolishing the ABCC could lead to significant economic losses.

The EY report identified the most likely losses as:

An EY spokesperson said these outcomes would have a detrimental impact not only on the building and construction industry but also the broader economy given the industry’s pivotal role in building productive capacity of the economy.

Analysis in the report highlighted that an efficient and well-functioning construction industry was crucial to the performance of the Australian economy given that $1 spent in public infrastructure -- that is, works that are conventionally within ABCC jurisdiction -- returns $4 into the economy.

The ABCC works to ensure the building and construction industry is lawful, productive and efficient, according to EY. The conclusion was the ABCC was critical in minimising unnecessary costs and project risks that arise from delays and unlawful industrial action.

Recognising such risk factors and the industry’s difficulties in absorbing the costs of industrial disputes, 89 percent of construction businesses surveyed for the report believed that the industry benefitted from an independent specialist regulator.

About 64 percent of businesses said the ABCC would be a more effective regulator if it had greater powers.

Importantly, according to EY, nearly 40 percent of businesses said the ABCC had helped to improve safety on construction sites.

The report found that the cost of construction for essential public services such as defence, aged care, health and public administration could face an upward pressure if the ABCC was abolished. Based on Australia’s public infrastructure investment pipeline, the cost to taxpayers from abolishing the ABCC could be in the order of $9.5 billion over the next decade.

“Abolishing the specialist construction regulator would especially imprudent as inflationary headwinds and supply challenges continue to build,” she said. 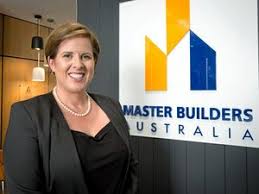 “The release of the report adds $47 billion more reasons why the ALP must reverse its decision to abolish the ABCC. As an agency formed to tackle an ingrained industry culture of lawlessness and ensure taxpayers receive value for money, the work of the ABCC is not yet done.

"This report shines a light on the risk to economic recovery and future growth if the ABCC, a proven and effective regulator, is dismantled,” Ms Wawn said.