QUEENSLANDERS will have more jobs to choose from, and live in a larger economy, if the state manages the transformation to a clean economy well, a new Deloitte Access Economics report has found.

People powering the future, commissioned by the Climate Council, found managing the transformation to a clean economy successfully will see the Queensland economy become 7 percent larger in 2050 than it would have been otherwise.

The report found demand for clean economy jobs will grow 2.5 percent each year over this decade, and clean jobs will make up three quarters of the fastest growing occupations by 2030.

According to the Deloitte-Climate Council report, South East Queensland will see massive growth in clean jobs by 2050. This includes 1300 jobs in hydrogen, 1350 in bioenergy and 4900 in clean electricity.

North Queensland is expected to experience one of the highest overall average annual growth rates in employment. The clean electricity sector alone is anticipated to grow 8.6 percent every year until 2050.

Central Queensland has significant opportunities for jobs growth in clean electricity (7.8% per year), hydrogen (6.9% per year) and base metal mining (4.9% per year).

South West Queensland’s traditional strengths will continue to grow its regional economy. Construction is expected to more than double between 2021 and 2050, from contributing $749 million now to $1.5 billion in 2050.

Agriculture will jump from contributing $4,167 million today to the Queensland economy to $7,723 million in 2050.

Climate councillor and economist, Nicki Hutley said planning and preparing for a lower-emissions future would create economic opportunities for Queenslanders and ensure prosperity for the state. 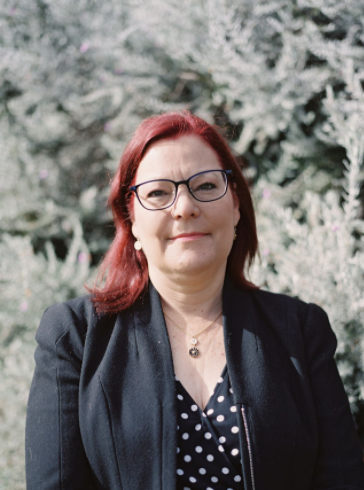 “If we plan early for the economic transformation, all Queensland regions and workers will enjoy clean economic growth and job opportunities,” Ms Hutley said.

“Today, 80 percent of the tasks needed in Queensland’s future clean economy are already being performed. For example, an electrician working in a coal mine can relatively easily upskill to work in another industry, such as a hydroelectric plant.”

The report found Queensland workers impacted by the transition away from fossil fuels will have, on average, four alternative occupations they can immediately pursue – and that is with no additional formal training.

For example, drillers, miners and shot firers can work as a power generation plant operator. Heavy machine operators have skill sets that will be valuable across Queensland’s clean economy.

The report also concluded that fears decarbonisation would mean large job losses were unfounded, with the majority of Queenslanders’ jobs unaffected by the move to a clean economy.

Amanda Cahill, CEO of The Next Economy, a non-for profit aiming to create resilient regional economies, said the Queensland government should support regions and training providers to upskill Queensland’s workforce for the net zero economy.

“The Queensland Government can make sure workers have access to training opportunities to not only develop skills across a range of clean industries, but also address current skills and labour shortages across regional Queensland,” Dr Cahill said.

“Planning well and planning early will result in better outcomes for workers, businesses and the broader state economy.

“In fact, if we plan early for the economic transformation every region in Queensland could enjoy clean economic growth and more job opportunities.”