A GROUP of Australia's leading property economists is warning that allowing Australians to use their superannuation savings on a house deposit would reignite a price explosion. They said the "rampaging property market" was just starting to calm,

A new McKell Institute report, Mortgaging Our Future, has used sophisticated modelling to project the effect on the housing market should Australians be given access to their super to use on a home deposit, as advocated by a range of Federal Government MPs, including Tim Wilson.

The report also finds that Australians who chose to invest in a house deposit instead of keeping their money invested in super would retire worse off, because the average returns in a super fund are superior to the average growth in a home. 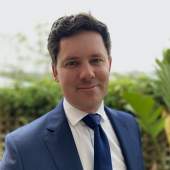 The McKell Institute's executive director, Michael Buckland, said the report was a sobering reminder of what was at stake.

“Homes have already become unaffordable for millions of Australians and allowing super balances to be spent on house deposits would make things so much worse," Mr Buckland said.

"The Tim Wilson proposal would pour fuel on the fire of our housing market at exactly the time when we are desperate for a little calm.

"Super-for-housing would mean first-home buyers handing their hard-earned retirement savings to existing property owners when they would be better off investing them in super," Mr Buckland said.

"Young Australians need their retirement savings quarantined and compounding. Using these savings to fuel yet another housing market feeding frenzy would be policy madness."