Taiwan puts forward its case to join the CPTPP

REPRESENTATIVES of the Taipei Economic and Cultural Office in Australia will appear at an Australian parliamentary inquiry to explain Taiwan’s interest in becoming a member of the Comprehensive and Progressive Agreement for Trans-Pacific Partnership (CPTPP).

Sub-committee chair and Federal Member for Fairfax, Ted O’Brien said he looked forward to hearing from the representatives of Taiwan.

“Only three prospective members have lodged a formal application to join the CPTPP – the United Kingdom, the People’s Republic of China (PRC) and Taiwan (Republic of China, ROC),” Mr O’Brien said. 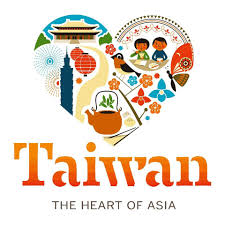 “The committee has received an overwhelming number of submissions in support of Taiwan acceding into the CPTPP. This hearing provides an opportunity for Taiwan’s top diplomat to prosecute Taiwan’s own case for joining this vitally important trade agreement.”

The CPTPP agreement signed in 2018 is a trade bloc of 11 countries that includes Australia and is an export market of 500 million consumers worth nearly $14 trillion.

The parliamentary inquiry by the Trade Sub-Committee of the Joint Standing Committee on Foreign Affairs, Defence and Trade will examine the scope for expanding the CPTPP beyond the existing membership of Australia, Canada, Japan, Mexico, New Zealand, Singapore, Vietnam, Brunei Darussalam, Chile, Malaysia and Peru and the merits of quite different economies seeking to join the trade bloc such as the People’s Republic of China, the UK and the most recent applicant Taiwan.

The committee has heard previously from a range of corporations, business chambers and individuals in both Australia and in Taiwan such as the representatives of the Australia-Taiwan Business Council, the Taiwanese Chamber of Commerce in Australia, Taiwanese Chambers of Commerce in Oceania, the Australia New Zealand Chamber of Commerce in Taipei, Chinese International Economic Cooperation Association Taiwan, the CPC Corporation Taiwan, and the Bankers Association of the ROC and many others seeking closer trade links.

Further details about the about the inquiry, including the program and the terms of reference, details of past public hearings and roundtable discussions, can be obtained from the Committee’s website.