BUSINESS EDUCATOR and author, Peter Crucker famously said, “If you can’t measure it you can’t manage it."  And we in Australia have an economy that is out of control.

We are the hair on the tail of the world economy dog, influenced by decisions made elsewhere – in the USA, EU, China, Russia, Japan, Korea and so on. And it shows.

In a car, we use the speedometer to indicate speed. To let us know how fast we are traveling, so that we can make decisions about acceleration and braking. We look at the road ahead so we can steer the vehicle in the direction we want to travel.

The information we receive through our eyes is translated into decisions by our brain. Are we traveling too fast? Slow down. Are we over the speed limit? Slow down. Destination sign ahead, slow down and prepare to turn in the direction we want to travel.

We accept the information we receive from the gauges in the vehicle – speed, revs, fuel, temperature and oil.

Well yes, it does. Unless you know how fast you are travelling you can make mistaken decisions about braking, cornering, overtaking and end up in a ditch or worse.

So real feedback influences driving decisions. And we take this seriously to the extent of punishing people who break speed limits. Having people and vehicles pass tests. If you can’t trust your speedometer then you can land in serious trouble.

Likewise with an economy.

These questions raise constant debate. Because the answers influence government decisions about investment, the economy, education, exports, infrastructure, political claims, PR releases and even where Australia is heading.

If we think that employment is fine, then we can carry on business as usual. If we believe that unemployment and underemployment are a problem, then we may have to do something to address the problem.

In Australia, the government relies on the Australian Bureau of Statistics (ABS). But the ABS measures employment and unemployment in a manner that is open to question. Producing figures that are misleading.

Accept ABS figures, as current Government Ministers do, and it is possible to claim economic success.

Accept the figures produced by Roy Morgan Research and it is not possible to claim success at all.

In fact, the unemployment and underemployment figures produced by Roy Morgan research of 18.2 percent, suggest that we should be concerned.

And acting with vision and commitment to do something about them.

To decide one way or the other requires a basic understanding of how employment figures are compiled and Roy Morgan explains this very clearly.

"Roy Morgan’s unemployment figure of 8.5% for December is over 4% points higher than the ABS estimate for December 2021 of 4.2%.

"The Roy Morgan Unemployment estimate is obtained by surveying an Australia-wide cross section of people aged 14+. A person is classified as unemployed if they are looking for work, no matter when. The results are not seasonally adjusted and provide an accurate measure of monthly unemployment estimates in Australia.

"Households selected for the ABS Survey are interviewed each month for eight months, with one-eighth of the sample being replaced each month. The first interview is conducted face-to-face. Subsequent interviews are then conducted by telephone.

And a lot of people will of course be saying….”So what?”

Well, as Peter Drucker said, “If you can’t measure it you can’t manage it."

If you don’t understand fully the current state of the economy, then you can do nothing to fix it.

Which is what the current Federal Government is doing. And isn’t doing.

The government tends to fall back on Business As Usual with reliance on iron ore and coal to fix the economy.

Which it has been doing nicely for decades.

Mining, agriculture, education and tourism have been reliable generators of income for many years.

Our central bank has yet to understand the impacts of digital disruption on the economy.

Things have changed. Roughly 50 percent of Australians are now employed on contracts, freelance, part-time, and in the gig economy, not in traditional full time work.

So it is easy to understand why they have little or no leverage on wages, in the way they used to.

Job uncertainty does not offer strength in wage negotiations.

And software has also diminished bargaining power for most of the workforce.

Demand for higher wages encourages employers to shift to software, automation, robotics and AI, where the workforce is not fickle, doesn’t need holidays and sick pay, and can deliver 24x7.

The RBA needs to wake up to the new paradigm of a digital 21st century, which is disconnected from the traditional control levers of interest rates.

But many of those businesses do not fit comfortably into another government measurement system – ANZSIC.

All Australian and New Zealand businesses are nominated to categories and sectors in ANZSIC. Yet, so far we do not have categories for many of our new businesses and industries in the current structure. Which makes it difficult to measure the impact of new innovative businesses by government and its agencies.

You would think in the 21st century that we would stay up to date with the operational environment.

So we can measure it and manage it.

Like many of our most important agencies, the ABS is under funded. With more money, it could do a lot more. Even measure employment and underemployment properly.

CSIRO, our leading research agency is hugely under funded. With more money it could do a whole lot more.

Let off the leash, it could be the engine room for the creation of new business in Australia.

That would allow us to mitigate the challenge of China. Shrink our supply chains. Even onshore mission critical manufacturing.

And allow us to manage the challenges from digital disruption = because software destroys jobs.

Yes, it creates jobs as well, but a lot fewer than it eliminates. So this needs managing.

The ABC, our leading communication and news agency is under funded. With more money it could become the knowledge and information sharing platform for the new economy. Minimising the 'fake news' generated by News Ltd with its 'back to the 1950s' commentary.

The ABC does a good job with what it has, but could do a whole lot more.

Federal Government is not investing in the future of Australia. It is not supporting an economy that could provide jobs and work for our high school and university students.

We can and should use measurement and digital tools to manage our way forwards.

It has always intrigued me that we manage our 'creative resources' and 'capital' = crops and animals -- well, when we apply farm management techniques in agriculture.

We allow freedom to our 'creative resources' - seeds and animals to do their thing - grow - and we support that creative principle with the power of analysis, managing inputs - water, fertiliser, sun, weeding, pest control etc so that we maximise the outputs = crops and food.

We allow the 'market'- crops and animals - to flourish but we apply management to the process to optimise outcomes.

There would be nothing wrong with capitalism today if it was managed with vision in the same way farmers manage farms - with an eye to outputs - but also with an eye to the future = managing soil health, water, animals in a sustainable manner.

Allowing our 'creative resources' - innovative businesses - to do their thing - grow - but use the power of analytics and inputs - investment, collaboration, fair competition and governance to manage business development in a sustainable manner - supporting innovation, investment, export, climate action and the future of work and jobs.

Most farmers manage their properties, looking to improve the land steadily and sustainably to be passed on to children and grandchildren.

We should do the same with our economies - passing viable, healthy, future proof economies onto our children without damage.

Manage the 'farm' ruthlessly and you get North Korea. Let the farm go wild and you get the 1% at the expense of the 99%.

I am not sure that our current crop of economists and the central banks that rely on them really understand this principle. Farmers do.

The fact that the RBA can ignore the impact of low interest rates on property prices would be like a farmer ignoring a crop disease that is steadily destroying the crop.

What we don't have is 'intelligent farmers' (politicians and economists) with a real interest in the 'farm' and passing a 'better farm' onto the future.

Well, we can measure it, and with the right leadership we could manage it as well. 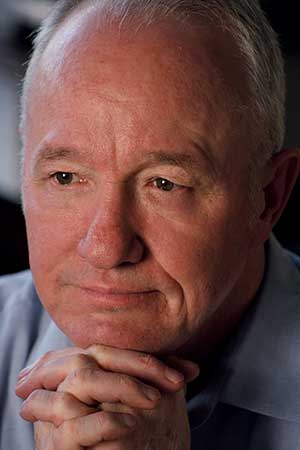 John Sheridan is CEO of Digital Business insights (DBi), an organisation based in Brisbane, Australia, which focuses on helping businesses and communities adapt to, and flourish in, the new digital world. He is the author of Connecting the Dots and getting more out of the digital revolution. DBi has been researching and analysing the digital revolution for more than 15 years and has surveyed more than 50,000 businesses, conducting in-depth case study analysis on more than 350 organisations and digital entrepreneurs. Now DBi is turning that research into action through a series of digital business development platforms, the first of which launched in 2016, the Manufacturing Toolbox. DBi has also launched a series of international online trade showcases, promoting Australian goods and services to specific countries and promoting use of those showcases in those countries. Australia's Regional Economic Development (RED) Toolbox was launched three years ago. The latest in the toolbox series is the ED Toolbox, which helps high school students, parents and educators navigate the future of work and jobs.