Is AMP the 'Kodak' of Australian finance?

WHEN YOU ARE a guest on a radio or TV program, the general expectation is that you make some thoughtful and insightful comments to help distil the essence of an issue.

Hopefully I do that more often than not. But last night (March 25), I played second fiddle to my host.

I was on the Money News Show on 2GB, 3AW and 4BC, with Brooke Corte.

Brooke is as sharp and experienced as they come, and asked me about AMP’s latest ructions (more on that in a bit).

I discussed the fact that they seem(ed) unable to innovate away from their old model of AMP advisers selling AMP products.

Brand-wise, I said, “They could have been the Goldman Sachs or JP Morgan of Australian finance."

And Brooke, quick as a flash, replied “Instead, they are the Kodak of Australian finance."

I wish I’d said that! 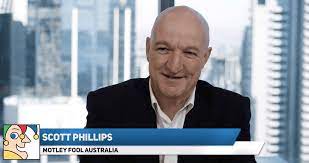 It is the perfect analogy.

A company, at the top of its game in the then-current circumstances, which chose not to, or was not able to, notice the changing winds, and trim its sails accordingly.

Like the media companies that were caught flat-footed for a decade or more as disruptors stole away their classifieds ‘rivers of gold’, AMP kept plowing on with its existing model and way of doing business.

Don’t get me wrong -- change would have been scary, painful, culturally difficult, and the outcomes were far from certain.

Now, I’ve worked at some calcified companies before.

I don’t envy them the task of essentially having to destroy and rebuild the business.

But if they don’t, I think it’ll be sold for scrap.

Frankly, it might even be too late for that.

The once mighty AMP brand -- and its people, who were considered pillars of the community -- has been allowed to wither. It’s on its deathbed.

And yes, I have a tangential dog in this fight -- at least emotionally: my parents met, working for the AMP in Sydney!

(As an aside, those of us of a certain age might remember when our corporate institutions were so big and so omnipresent, they earned the prefix ‘The’. “The AMP” and “The BHP” are phrases you don’t hear any more, but it’s how we all referred to them, back in the day.)

So, then, to the most recent dramas.

For a company that really can’t afford them, AMP has had more than its share.

The latest was a report, yesterday, that its CEO Francesco De Ferrari, would be leaving the company.

An hour later, AMP asked the ASX to halt trading in its shares, “pending a further announcement” according to the ASX.

One plus one seemed to equal two. The CEO must be going, right?

After all, if he was staying, a quick denial and the shares needn’t be halted, right?

Three hours later, we got what might be the shortest announcement I’ve ever seen a company release:

We can only speculate what happened in those three hours.

Were I prone to such speculation, I would imagine a significant amount of time on the phone, and a few heated words.

By the time you read this, all may be known.

But man, for a company that doesn’t need any more drama, AMP is not going quietly.

I’ve said for years that you couldn’t drag me, kicking and screaming, to buy AMP shares.

Maybe, eventually, they get it right.

And the AMP brand is worth something, even on its own.

At the very least, I hope Brooke’s ‘Kodak of finance’ has value as a salient lesson for managers and investors, alike.

Innovations are coming at us at a rate previously unimaginable.

There probably was a time when AMP’s refusal to bow to the change around it actually stifled such change.

Such was its size, and gravitational pull, if the AMP wasn't up for it, chances are it mightn't have happened.

The Canadian ice hockey player, Wayne Gretzky, famously explained his greatness thus: “I skate to where the puck is going to be, not where it has been.”

And yet, so few companies do that, well.

Will its future be different? I don’t know, but I’m not sure we’ve yet seen concrete evidence.

Compare that to (a company whose shares I own,) Amazon.

Confronted with the nascent eBook revolution, Amazon could have circled the wagons. It could have protected its physical book business with every last dollar.

Instead, then-CEO Jeff Bezos sent the company’s Kindle eBook team to the other side of the country.

Because he didn’t want the corporate imperative to protect the existing business getting in the way of Kindle’s success.

Bezos was determined to let the customer decide, and to be the best in both markets.

Incumbency, as Kodak, AMP and others have found, is an enormously profitable advantage for a long time.

And then, it can be a terrible millstone around a company’s neck.

It’s not a death sentence, but you have to be able to accept and respond... not to the way you wish things were, but to the way they actually are.

The problem for investors is that it can be very hard to give up hope when you own those incumbents.

“But the brand is so strong”

“But I’ve made so much money thus far”

“I’m sure it’ll bounce back”

“Just look at those profit margins”

But if the circumstances that led to those outcomes are changing…

For mine, investors should always apply what I’ll call the ‘Gretzky Test’ (I’m sure someone else has already used the term, but work with me, here).

Do yourself a favour:

Open your brokerage account and look at your portfolio.

Then ask yourself: Relative to its industry, what mark would I give each company, out of 10, for evidence that it is skating to where the puck is going to be.

If you’re handing out 9s and 10s, I’d suggest you be a little stricter -- very few companies are that good, even if they want to be.

And if you have 2s, 3s or 4s, you might want to reconsider their positions in your portfolio.

I reckon, for most established companies, a 7 or 8 is about right.

Too close to the ‘bleeding edge’ and you risk them being distracted and wasting money on any folly that comes along.

A 5 or 6 might be a pass mark, just, but you’re really saying ‘these guys are kinda paying lip service, but don’t seem too agile'. Watch these ones closely.

Here are a few established companies I reckon are 7s and 8s:

And Domino’s (ASX:DMP), once mocked for describing itself as a technology company, has put ceaseless innovation at the heart of its growth strategy.

So, regardless of whether the CEO stays or goes, today might be a good day to ask yourself:

“How many ‘AMPs’ do I have in my portfolio? And what am I going to do ab out them?”

Scott Phillips is the chief investment officer for Motley Fool Australia. He also runs the Motley Fool Share Advisor, which he describes as "our (market-beating) flagship investment service".