MADDOCKS Lawyers commercial group partner Andrew McNee said a recent legal case over the proper execution of a property contract is a warning to all business leaders about the vital importance of correctly signing these documents.

“Correctly signing a contract on behalf of a company is not a mere formality,” Mr McNee said. 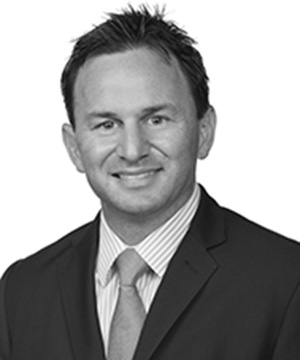 “The recent case of Knight Frank Australia Pty Ltd v Paley Properties Pty Ltd (Knight Frank Case) highlights the issues that can arise where a company does not correctly execute a contract.”

Mr McNee said the Knight Frank Case demonstrated that if a contract is incorrectly signed on behalf of a company, it may result in the contract being unenforceable against the company. It also showed that if a signatory signs on behalf of a company without the required authority, but represents that they have that authority, the signatory may be personally liable for fulfilling the contract.

During negotiations, Knight Frank made representations to De Chellis Homes that development approval was in place for demolition of the existing buildings at the property. A sale of land contract for $1.5 million was signed by Richard De Chellis for De Chellis Homes as purchaser, and counter-signed by Paley Properties as vendor.

The court heard that the day after the contract was signed, Richard De Chellis discovered no development approval had been granted. He immediately withdrew the offer to purchase the property.

De Chellis Homes did not perform under the contract and the property was subsequently sold seven months later for $1.25 million.

Paley Properties instituted an action for breach of contract in the District Court against De Chellis Homes claiming the difference in the sale prices and associated costs. De Chellis Homes filed a defence denying the existence of a contract because it was not properly executed by them.

Paley Properties further pleaded that Richard De Chellis had committed a breach of warranty of authority in executing the contract and was therefore personally liable for damages.

“The court found that Richard De Chellis did not have the authority to bind De Chellis Homes to the sale of land contract for several reasons,” Mr McNee said.

He said Richard De Chellis had signed as a director of De Chellis Homes, and the words ‘sole director’ were struck out, indicating that the company had two or more directors. In the absence of a second signature, it was clear the contract had not been executed by the company under section 127 of the Corporations Act 2001.

A second execution box was designated, in the alternative, for execution by a company’s agent under section 126 of the Corporations Act, and was left blank by Richard De Chellis.

Furthermore, partial execution by the company did not convey to an objective person that the purchaser had determined to enter into the contract.

“Finally, De Chellis Homes’ constitution provided that where the company has more than one director, the board of directors could resolve that a single director be authorised to execute documents as agent of the company,” Mr McNee said. “However, no such resolution existed for the purposes of this purchase.

“Section 126 of the Corporations Act provides that a company’s power to enter into a contract may be exercised by an individual acting with the company’s express or implied authority and on behalf of the company.

“If a contract is executed correctly in accordance with section 126 or 127 of the Corporations Act, the company, not the signatory, will be responsible and liable to fulfil the contract.”

Mr McNee said this case showed how there were risks to the counter-party.

He said the Full Court was damning in its analysis of Paley Property’s conduct, stating: ‘It should have been apparent…that the purported execution of the contract by Mr De Chellis under section 127 of the Corporations Act was not in accordance with that section and that the company was not bound under section 127.’

Mr McNee said, “If a contract is incorrectly signed on behalf of a company, it will likely result in that contract being unenforceable against the company. Therefore, it is essential to check whether the company has multiple directors, or if it is a sole director company.

“Equally, if a contract (especially a large contract) is purportedly signed by an agent or a representative of a company, the other party should confirm the agent’s authority before treating the contract as being on foot.”

There are also risks to the signatory in such contracts.

“If an agent purports to enter into a contact on behalf of a principal, purportedly within the scope of the agent’s authority, and the other party relies upon this representation, the agent has warranted that it has authority to enter into the contract,” Mr McNee said.

“In this situation, the agent would be liable for damages to the other party for a breach of that warranty of authority.

“Fortunately for Richard De Chellis, he never purported to enter into the contract as an agent of De Chellis Homes. This was demonstrated by him signing in his capacity as a director under section 127.”

Mr McNee said according to section 129 of the Corporations Act, a person may assume that a document has been duly executed by a company if the document appears to have been signed in accordance with section 127(1).

“Therefore, if two directors – or one director and one secretary – or the sole director of a company execute a contract, the other party is entitled to rely on the assumption under section 129,” he said.

“As the discussion highlights, Paley Properties was not entitled to rely on this rule because a simple ASIC search would have revealed De Chellis Homes had more than one director.”

Maddocks is an industry expert member of NSW Leaders, the organisation helping to foster the next generation of leading companies based in NSW.