Why you must always have a Plan B

As Australia’s cyclone season arcs into action, it is vital that business leaders make sure they have a ‘Plan B’ at the ready, to deal with the unexpected, writes Peter Kim, a consultant engineer with FM Global.

WHEN POWERFUL powerful Typhoon Hagibis struck, unleashing fierce winds and unprecedented rainfall that triggered landslides and flooding in Japan in October, one of the questions being asked was: ‘So what’s Plan B?’

The organisers of the Rugby World Cup, which was underway across the country, were forced into the unprecedented and controversial step of cancelling several matches. They said they were taken by surprise by the scale of the storm, the strongest in three decades.

While this scenario is a particularly high profile one, taking place at a time when millions of additional eyes were on Japan, the issue it raises is one that’s relevant to many Australian businesses: What’s your Plan B in case of a cyclone? How prepared is your business? 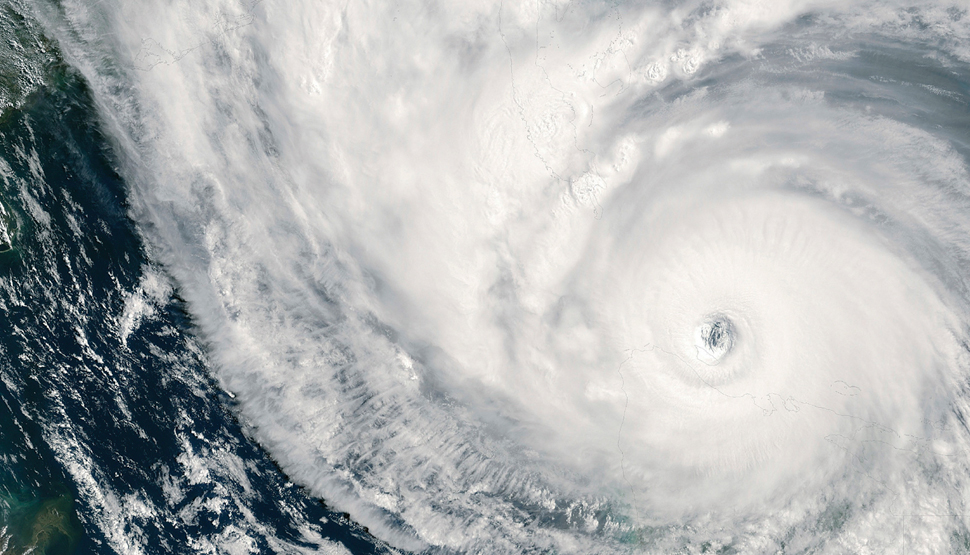 This is worth some attention. In the 15 years to 2017, gross losses from cyclone-related wind events in non-cyclonic areas of Australia alone – including Sydney and Melbourne – reached $62 million.

Some of the most common losses we see relate to cladding, weak connections like roller doors, roof failures, windows getting damaged by debris, timber rot and corrosion.

Complacency is one of the greatest challenges we see in Australia when it comes to cyclones. Businesses in cyclonic areas such as northern Australia understand the risks well; they know it’s a matter of when they will face a cyclone, not if.

Southern Australian businesses are far less prepared. If they have had little experience with wind loss, it’s difficult to convince them of the need for planning and preparation, regardless of what is laid out in the Australian standards.

We advise businesses that they should look back long-term at what has happened in their area to get a better gauge of their true tropical cyclone risk.

Complacency increases when people wrongly believe their business has withstood a Category 5 tropical cyclone –  but in actuality they have not.

There’s also misunderstanding around standards. The truth is that businesses may need to look beyond existing standards if they want to minimise financial losses and impact to operations.

As a key stakeholder, we advise that standards and building codes merely represent the legal minimum that can be applied in structural design and do not always ensure the highest level of protection against tropical cyclones.

Businesses should be aware of new construction materials entering the market which may not be categorised under existing standards, such as solar panels, and by continuously learning from damage that has occurred in the past.

Business leaders should also be aware that standards are primarily focus on structural integrity, however damage can still occur to the occupancy where a building has not suffered catastrophic structural failure.

Building owners often place a lot of faith in a building designed to code, sometimes overlooking the fact that standards merely provide technical guidance for designers and engineers on how to design a structure to resist the extreme forces generated by severe tropical cyclones.

Even buildings designed and constructed to standard have vulnerabilities and, once built, will be susceptible to deficiencies throughout their life cycles.

Another issue to be aware of is that design standards change over time, instigated by losses or failures as well as new research on how structures perform, identifying new risks that have not been previously understood.

This is where companies like FM Global come in, as a reliable resource that can help to identify deficiencies and mitigate issues.

By comparing local codes and standards with our client’s loss history, FM Global is able to advise on what kinds of materials and products commonly fail or withstand cyclones. For example, roller door standards in Australia have proven to not be particularly stringent and windows have not been required to undergo impact resistance.

In order to successfully minimise the chance of losses and business interruption in the event of a cyclone, it is critical that a business develops a cyclone response plan that is site specific and identifies potential points of failure that could be critical to the business.

This is why it is important that the cyclone response plan is a living document, updated annually at least. Its performance should also be reviewed post cyclone to see if there are opportunities to improve and take on board new learnings.

It’s also critical to ensure that there is clarity around who has authority to activate or alter the plan.

To start developing a cyclone response plan, businesses can look at plans developed by other businesses – and what they have learned from previous wind losses.

In my experience, there are a number of Australian companies that do have well-developed plans, particularly in regards to recovery processes.

Plans typically involve actions such as securing roller doors and double doors, covering windows to avoid impact from debris, determining if adequate spares are in place and tying things down prior to a cyclone event.

PLAN B MAKES A DIFFERENCE

When preparations are made, we see a significant difference in outcomes post-cyclone. As one example, a supermarket that upgraded its roof by installing screws in the perimeter ended up being the only shop where you could buy food in the area post-cyclone.

Remember that it is not only in your business’s best interests but that of the community as a whole that businesses, as well as residences, prepare their properties.

Not being prepared can have flow on affects to neighbouring properties as well. For example, not cleaning up yard storage can increase wind-borne debris and impact buildings downwind.

Business owners are best suited to identify the most appropriate actions for their type of business and how to prepare for these events but informed partners can help.

Having a Plan B will give your business – and your neighbours – the best chance of surviving a tropical cyclone with minimal immediate or long-term damage.