Taking the lid off innovation the 'eeasy' way

ONE OF THE BIG ISSUES for some, particularly the disabled and senior citizens, is trying to open certain jars. No matter how hard they try, the jar won’t open, the lid won't budge.

This was the idea behind the work of US firm Consumer Convenience Technologies (CCT) which developed the the EEASY Lid – the first jar lid innovation in over 75 years. The lid allows consumers to vent a jar by simply pressing a button to the lid which opens a tiny slit that breaks the seal. 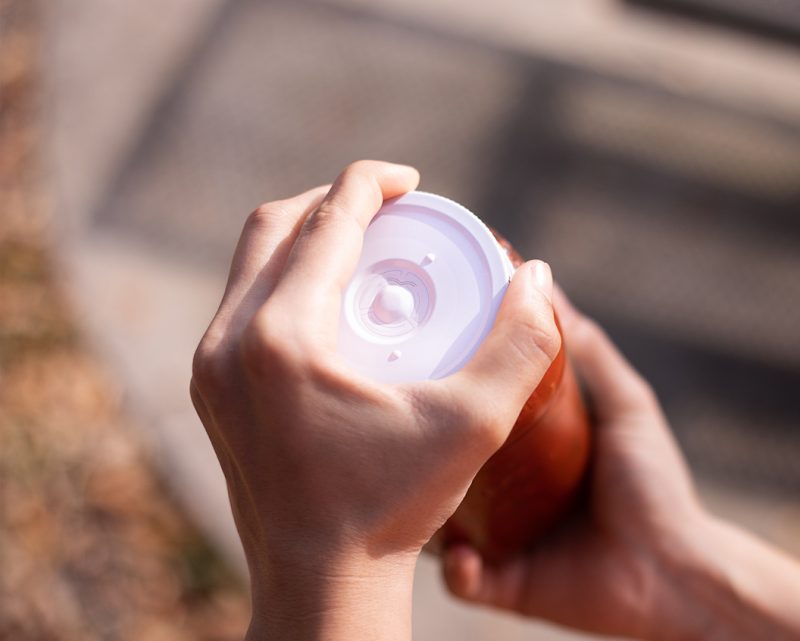 Believe it or not, there are about a third of consumers who struggle to open jar lids. While a stubborn vacuum-sealed jar lid might be a minor inconvenience to some, it can be a major struggle for others with disabilities or physical limitations. The future of packaging is dependent on inclusive adaptation, and CCT is leading the charge.

It is a software designed technology that reduces the amount of vacuum setting in a vacuum sealed jar making it 50 percent easier to open the jar lid. The button goes on top of the jar lid and when the consumer pushes the button, it releases the vacuum, allowing the jar lid to open without much effort. It is used for any jar that contains food.

The company put seven years research into it. CCT started with tin but then found it was more effective to use aluminium.

Brandon Bach, the president of CCT said aluminium was also more sustainable than tin or steel.

“Aluminium is used in space flight and all sorts of things. It was a better product for us to use and to get the performance and benefits that we feel the consumer deserves.”

The other advantage was that aluminium could be recycled.

He said the industry had definitely taken to it. The company’s analysis showed that CCT’s approach actually increased sales for companies. CCT was now working with a few companies to roll the product out on the store shelves in 2023.

He cited one case study done by CCT where the EEASY Lid was put into 190 grocery stores in Pennsylvania.

“We were expecting a 30-40 percent increase in sales when the 16 week trial period was completed. We actually couldn’t keep the product on the shelf,” he said.

“We ran out four times. We ended up with an increase in sales of over 341 percent. We could have been higher. At one point, we were up 700 percent and we ran out. We could not keep the product on the shelf.”

The EEASY Lid is patented worldwide and CCT plans to introduce it to global markets.

CCT has also commercialised it and has opened a technology centre. Now CCT is working its way through the pandemic as the US economy has begun opening up.

Mr Bach said CCT is planning on having other innovations and brands in the mix.