AUSTRALIAN businesses are struggling to retain top information technology (IT) talent at a time when it is paramount that they understand how to integrate new technologies such as artificial intelligence (AI) and blockchain.

According to new research by enterprise cloud computing specialists Nutanix, almost two-thirds of Australian businesses surveyed were struggling to retain IT staff to keep up with the new digital technologies.

Even so, most Australian organisations surveyed said the experience of AI so far was having a positive effect on their businesses and, while gains were being made from gravitating to the public ‘cloud’, controlling costs is a major issue.

Nutanix’s first annual Enterprise Cloud Index showed 63 percent of Australian respondents have trouble retaining IT.  The research carried out among IT decision makers in medium-to-large enterprises in Australia by Vanson Bourne, revealed that almost 90 percent of Australian respondents were racing to reskill IT teams to keep pace with emerging technologies, and that AI and machine learning was the top skill IT departments were currently lacking, followed closely by blockchain. 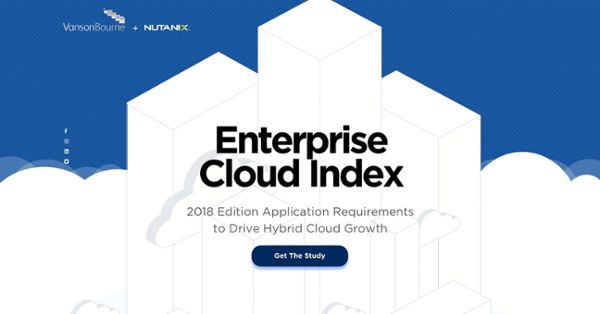 The survey also found that, despite widespread concern over AI’s impact on jobs – recently highlighted by a Frost & Sullivan report that indicated 40 percent of high-routine and low-skilled tasks would be replaced by 2025-2030 – respondents welcomed the technology with almost three quarters reporting it was having a positive impact on their organisations. Only 4 percent reported a negative impact.

“The positive reaction towards the likes of AI and blockchain is testament to Australia’s propensity to react well to emerging technologies,” Nutanix vice president for Australia, New Zealand, ASEAN  and India said.

“But the skills gap in successfully using these technologies is a major concern and could prevent Australia from capitalising on the boom markets they will bring. AI and automation alone are tipped to be worth potential trillions of dollars to the Australian economy over the next 15 years.

“While initiatives such as the Federal Government’s Inspiring All Australians in Digital Literacy and STEM measures show promise to normalise coding and digital skills among the workforce, they will take time to reap rewards, so the fact that organisations are embracing these technologies and training their workforce to get up to speed is reassuring,” Mr Vincent said.

The Nutanix survey also revealed that Australian organisations were behind global peers in terms of cloud adoption but were moving faster in that direction.

In the next two years, more than 80 percent public cloud adoption is expected, compared with just over 50 percent now.

Satisfaction among public cloud users is high, with expectations either fully or partially being met among all respondents, with performance, data security and compliance the top benefits. However, Nutanix drew the conclusion that almost 30 percent of organisations using cloud were breaking their budgets to get these benefits.

“All the signs point towards continued public cloud adoption among Australian enterprises, with other research predicting it will hit $5.6 billion by 2019,” Mr Vincent said. “But there is a danger in costs spinning out of control.

“Australian organisations are already paying a lot to enjoy the benefits of public cloud, and we can see from other regions ahead in the cloud race that this problem tends to worsen. With the Internet of Things (IoT), smart cities, and a host of other IT-intensive, cloud-reliant digital innovation underway, organisations need to watch their step and not take a ‘she’ll be right’ attitude to cloud investment” Mr Vincent said.

The research highlighted that while public cloud was the current trend, businesses would actually favour hybrid cloud. This is a system which describes the combined use of at least one private cloud and at least one public cloud service, with some degree of integration between the two cloud environments.

Nutanix is well versed to comment on this trend as its Nutanix Enterprise Cloud OS software is used to bring organisations one-click application management and mobility across public, private and distributed edge clouds, allowing them to run any application at any scale with a dramatically lower total cost of ownership.

Flexibility in choosing the right cloud for each application and the consolidation of cloud management and operations were the main reasons for Australian companies’ moves to hybrid cloud operations.

“This supports what we’re seeing in Australia and around the world,” Mr Vincent said.

“Local enterprises know hybrid cloud is the best mix, but while there is a gap in linking public and private cloud, organisations are favouring public and willing to pay over the odds for it.

“The research shows that a lack of IT skills will continue to be an issue for Australian organisations, and so the underlying infrastructure needs to be kept simple to reduce that pressure and enable the businesses to be able to benefit from new technologies.

“The IT industry needs to make sure true hybrid cloud is available for businesses to maximise these benefits,” Mr Vincent said.