It was an unusual and prescient production that deserves greater recognition within Australia’s creative pantheon, according to Ms Delamoir. 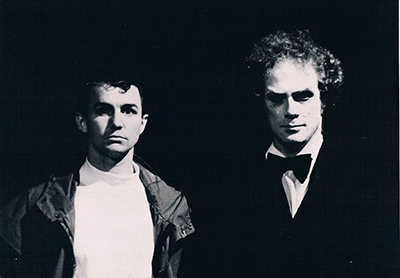 One of Australia’s most successful film directors, Mr Luhrmann was only 23 when he visited Rockhampton, Queensland, to direct Crocodile Creek — a community musical that unfolds amidst the 1867 anti-Chinese riots at the Crocodile Creek goldfield.

“Crocodile Creek faded from sight, and this oblivion is undeserved,” said Ms Delamoir. “Over the past year, I’ve interviewed many of the participants, and I’m convinced that fate brought together a fortuitous combination of personnel who created something special.

“Certainly the production made a long-lasting impact on those involved—and that includes Luhrmann, its professional director.”

The illustrated lecture explained this forgotten Baz Luhrmann production and it also included a special performance by Crocodile Creek composer Felix Meagher, who played excerpts from the score. The music had not been heard in public since the show’s four-night season ended almost 30 years ago. Mr Meagher has continued his career as a school music teacher and composer, completing a long list of projects and touring schools around the country as manager and performer in the band Bushwahzee.

He is co-creator and program director of The Lake School of Celtic Music in Koroit, Victoria, and has also worked on 30 Port Fairy Folk Festivals. Recently he wrote and composed Barry v. Kelly, a dramatic musical set around the death of Ned Kelly; and, with Dennis O’Keeffe, the musical The Man They Call The Banjo.

In 1988, he again collaborated with Mr Luhrmann and Wendy Harmer on Lake Lost for the Australian Opera Workshop and he also contributed music to Mr Luhrmann’s film Australia (2008), which starred Nicole Kidman and Hugh Jackman.

Crocodile Creek came from a script by Rockhampton writer Barbara Birchall, inspired by a ‘disturbance’ in 1867, when racist violence targeted Chinese miners at the  Crocodile Creek goldfield.

Ms Birchall used these events as a backdrop for a romance between two teenagers, Irish Molly and Chinese Mickee. Their relationship is bitterly opposed by Molly’s father, Black Ned, the leader of the riot.

Eventually 120 local people were involved. The cast had 40 members, the orchestra 23 musicians. About 50 volunteers worked through the night making costumes and building sets — then went to work the next day.

“The characteristics that underlie Luhrmann’s present success — the highly developed vision, the searing drive, and the capacity for deep connections with cast and crew — were already evident,” Ms Delamoir said.

Ms Delamoir has a PhD in media studies from La Trobe University, and taught for many years at CQUniversity in Rockhampton. She has also worked at the NFSA in Canberra and Sydney, and was a 2011 NFSA SAR fellow. She is currently researching the 1927 Royal Commission into the Moving Picture Industry in Australia.

CREATIVE Partnerships has announced the return of its Plus1 matched funding program, offering a pool of $1.75 million in matched funding to assist fund raising initiatives that drive business to support creative programs and the arts.

"Following the overwhelmingly positive response to last year’s pilot program, Plus1 will provide an incentive to attract new and increased donations to the arts sector," said Creative Partnerships CEO Fiona Menzies. "This program is open to participants Australia-wide." 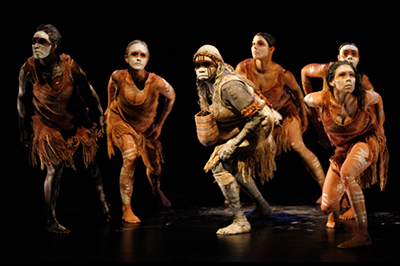 Plus1  is allocating up to $1.75 million in matched funding for development or fundraising campaigns that will assist arts organisations to attract new donors and grow stronger donor networks, Ms Menzies said.

Applications opened on September 24. Ms Menzies said program participants would be selected by an assessment panel by January 2015, and all participants would need to be ready to roll out their fundraising campaigns between February and late May 2015.

Project ideas could range from the implementation of an innovative fundraising strategy to attract new donors to a creative project designed to attract new private sector funding, or the investment in business systems to support long term development objectives.

Creative Partnerships has also announced its MATCH program will launch in early 2015.

Creative Partnerships' national roadshow took place throughout September and there has been high interest in both the MATCH and the Plus1 programs.

SCREEN Australia CEO Graeme Mason is conducting a series of briefings around the country on new directions for Screen Australia.

Drawing on recent changes to Screen Australia’s terms of trade, guidelines and funding priorities announced on July 24 in the Taking Stock document, Mr Mason and his senior production investment team use the briefings to elaborate on impacts for industry. 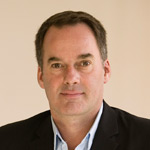 Each session includes a question and answer session and an opportunity for networking. Sessions have already taken place in Hobart and Perth, while the next session will be in Adelaide today (August 25) at the Adelaide Studios, 226 Fullarton Rd, Glenside, from 5pm-7pm.

The Sydney session will be on Tuesday, August 26, at Chauvel, Cinema 1, 249 Oxford St, Paddington from 5pm-7pm.

In Victoria, Mr Mason and Sally Caplan recently addressed these changes in industry sessions at the Melbourne International Film Festival, and plan to hold another event at the Australian International Movie Convention in Queensland in October.

Those who cannot attend these events may register for an online interactive webinar on Thursday, August 28, from 12noon–1pm.

To register for the webinar, email This email address is being protected from spambots. You need JavaScript enabled to view it.