RACING Queensland has created the ‘Country Cups Challenge’, celebrating the significant contribution country racing makes to the sporting calendar – and culminating in a $70,000 metropolitan final on one of the Summer Racing Carnival’s most popular days.

Set for Group 3 George Moore Stakes Day at Doomben on December 1, 2018, the Country Cups Challenge will bring together the winners of 16 Country Cups held across Queensland between September and November. 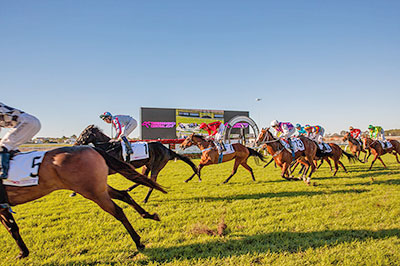 “I welcome this new series as it provides Racing Queensland with another fabulous opportunity to showcase our regional participants, who are among the country’s most talented and hard-working, to a nationwide audience,” Mr Stout said.

“While the Battle of the Bush put the spotlight on some of the bush’s most hardened sprinters, the Country Cups Challenge will act as a ‘grand final’ for Queensland’s country cups circuit.”

This new challenge complements the inaugural Battle of the Bush Series, which brought 16 sprinters from the country to the city on Sky Racing Tattersall’s Tiara Day.

Mr Stout said Racing Queensland recognised the significant contribution country racing has made, and continues to make to the wider industry and state economy.

The final will be run under the conditions of a Quality Handicap (1600m) race, with qualifiers required to have competed in no less than three non-TAB races in the 12 months immediately preceding acceptance date for that qualifying race.

Like the Battle of the Bush Series, float subsidies of between $500 and $2000, depending on the region of travel, will be paid to the trainers of horses that remain in the final field after final scratching time.