ACS, the professional association for Australia’s technology sector, has welcomed the release of the Federal Government’s 2020 Cyber Security Strategy.

The $1.67 billion investment to build new cybersecurity capabilities, while strengthening the protection of Australians, businesses and critical infrastructure from the most sophisticated threats, recognised the critical role IT services play in modern society and the economy, according to ACS president, Ian Oppermann. 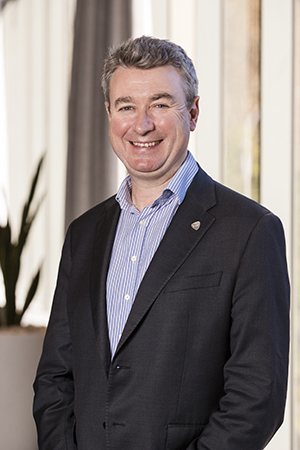 "Protecting the community and essential infrastructure is increasingly important. Promoting greater collaboration to build Australia’s cyber skills pipeline is an important aspect of the strategy, with the 2019 ACS Digital Pulse reporting a shortfall of over 100,000 skilled IT workers by 2024.

“The recognition that this responsibility goes beyond governments and includes business, industry and the community is also welcomed, particularly the emphasis on raising community awareness towards online threats and educating small to medium business on mitigating risks to their operations," he said.

In March, ACS released guides for small and medium businesses to secure their operations during the COVID-19 shutdowns and has since launched a resources page to help companies protect their networks and technology infrastructure from malicious actors.

“ACS and Australia’s technology professionals look forward to working with the government to realise the strategy’s objectives and secure the nation’s digital future.”

AUSTRALIA's professional association for the technology sector, ACS, has joined as the execution partner for the Australia and New Zealand Defence Force (ANZDF) virtual hackathon, branded #Shockproof, being staged on May 15-17. 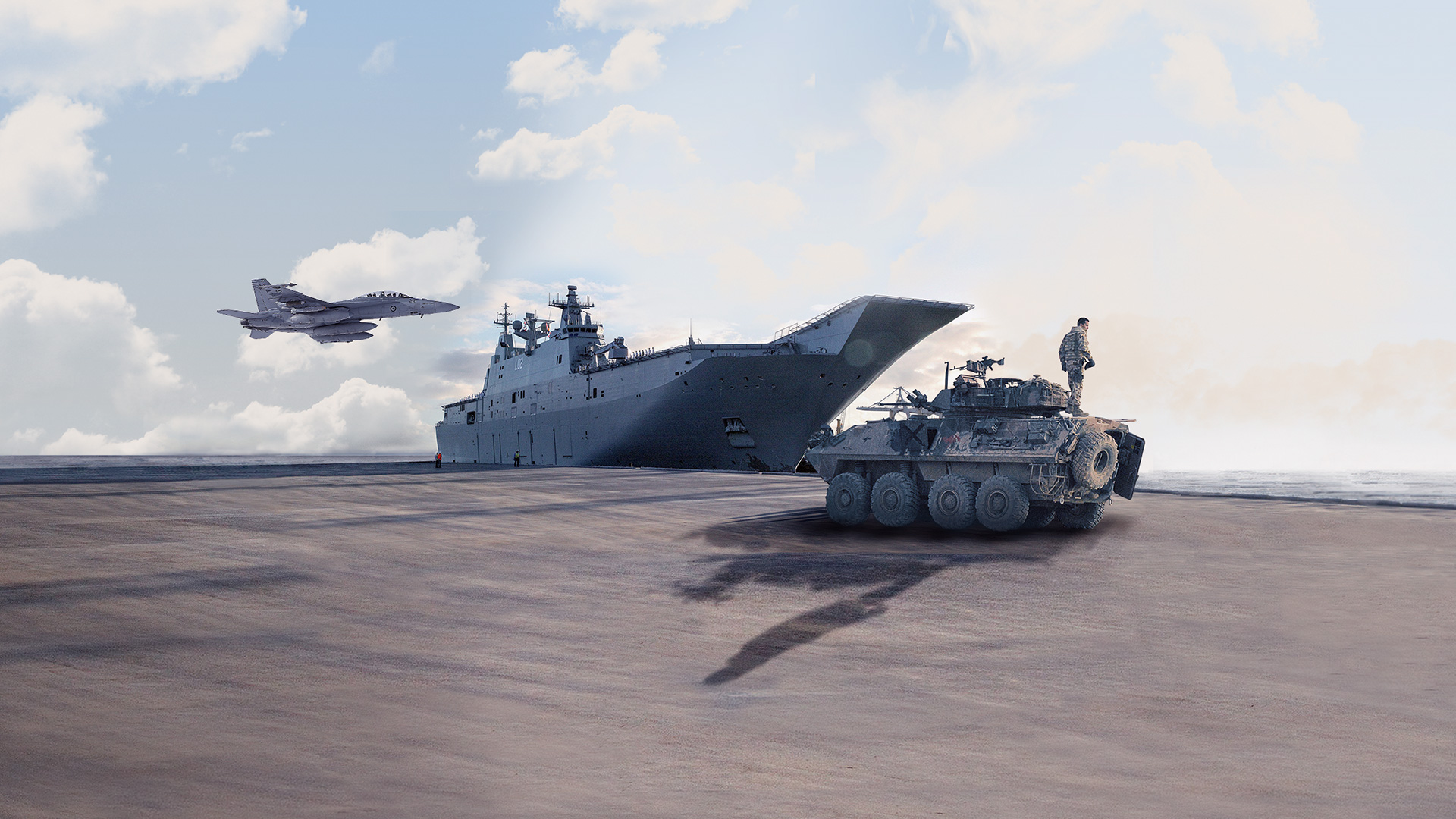 "With recent shocks such as bushfires, floods and now COVID-19, #Shockproof is focused on enhancing resilience in supply chains and building sovereign capability," he said. "#Shockproof looks to bring together the ingenuity of the Anzac spirit and inspires the trans-Tasman innovation that we need now."

This ANZDF Hack is open to Australians or New Zealanders, or their organisations to participate.

Previous participating organisations have included start-ups and microbusiness, consultants, small to medium business and their representative industry associations, with the virtual hackathon providing a pathway to become part of the wider defence innovation ecosystem.

“ACS was privileged to be invited to participate, and we encourage all our members and other stakeholders from the technology sector and innovation ecosystem to get involved and apply your problem solving skills to building solutions in the national interest,” Mr Johnson said.

Registration is open through https://www.anzdfhack.org/.

ACS, the professional association for Australia’s technology sector, today announced the automatic extension of existing memberships by six months to assist IT professionals deal with the fallout of COVID-19 restrictions.

ACS CEO Andrew Johnson said, “At a time when Australia, and indeed the global community, is facing unprecedented challenges with the COVID-19 pandemic, ACS is keen to do its part in helping our members, our nation and our citizens navigate through this turbulent time."

To support members, ACS is providing a complimentary six-month extension of membership to those who were active financial members as of March 1, 2020. 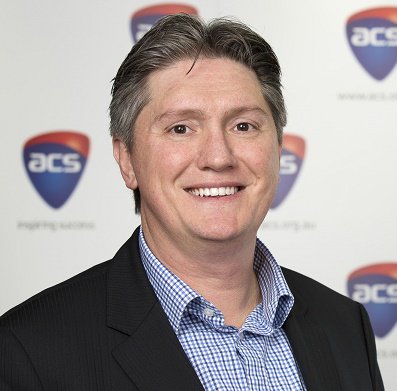 In practice, this means normal membership renewal anniversary dates will have six months added to them at no charge. This will be automatically processed by April 30, 2020.

“The technical skills of ACS members will be critical to navigating the current economic downturn due to COVID-19, and collaboration across ACS members will be key to reinventing playbooks, supporting businesses to digitise, and developing new ways to achieving sustainability,” Mr Johnson said.

Technology association ACS to overhaul governance, form as a company

ACS, the association for Australia’s technology profession, is set to become a company limited by guarantee, in the wake of a special general meeting held last Friday.

The change, approved by 75.1 percent of eligible voting members, will see the ACS change its name to the Australian Computer Society Limited and replace the existing Rules and Objects of the Society with a new constitution under the Corporations Act.

ACS president Yohan Ramasundara said, “Today’s meeting is a strong mandate that we are heading in the right direction. I am truly humbled by the support ACS members have shown throughout this process. 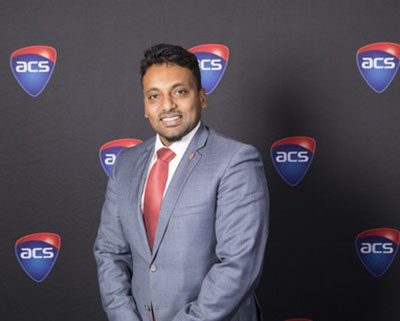 “It is a real privilege to lead ACS at this historical moment in time. I want to assure all members that our DNA won’t change as a result of this decision,” Mr Ramasundara said.

“ACS remains a not for profit membership based professional body, our core focus is on professional standards setting through the development and maintenance of core bodies of knowledge, certification and accreditation programs, and professional education.

“Professionalism is enshrined into the new constitution by ensuring only members of the ACS Professional Group are eligible for consideration on the future board of directors, and that our membership in the governance model is limited to individuals only rather than companies.”

Since being founded in 1967, the ACS has been an incorporated association in the Australian Capital Territory. In 2017 the ACS laid out its five-year strategic plan focusing on boosting the profession’s capacity and capability while positioning ACS as a catalyst for innovation.

Following the release of the strategic plan, the ACS consulted with almost 200 elected members on the suitability and limitations of its existing association-based governance model.

After the review, the ACS National Congress unanimously recommended at its December 2018 meeting for the society to migrate to a company limited by guarantee while maintaining its not for profit status.

The October 25 special general meeting was scheduled to consider that recommendation.

Mr Ramasundara said ACS strives for technology professionals to be recognised as drivers of innovation in Australian society, relevant across all sectors, and to promote the formulation of effective policies on technology and related matters.

ACS HAS LAUNCHED one of Melbourne’s most innovative and collaborative workspaces, located in the Docklands area.

Covering more than 2,000sqm of digitally enabled floorspace, the new technology and innovation hub was developed by ACS, the professional association for Australia’s technology sector.

Mr Ramasundara said the Melbourne hub was an important milestone towards delivering on the ACS strategy. 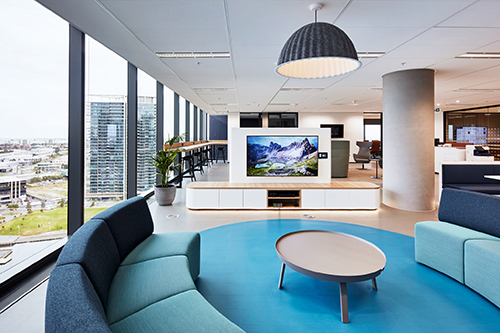 “We’re delighted to be able to contribute to Victoria’s vibrant technology scene,” Mr Ramasundara said. “The opening of our Melbourne hub is also part of ACS’ commitment of being a catalyst for human capital development while helping the creation and adoption of emerging technologies.

“Our strategic plan focuses on three Cs – capacity, capability and catalyst – where capacity and capability are about ensuring our nation has sufficient and necessary tech skills to achieve an economy higher up the value chain, and one which affords higher paying jobs.”

The Docklands hub has been purpose-built to drive the development of digital communities and features private workspaces, high-tech meeting rooms, large screens and an interactive media wall, with the facilities available to ACS members along with industry and government partners.

Equipped with the latest technology, the collaborative workspace was designed to create a venue where tech professionals and businesses can come together and tackle some of the nation’s pressing technology challenges, such as cyber security, personal privacy and artificial intelligence.

ACS CEO Andrew Johnson said, “We believe Australia can be a world leader in technology talent, and the Docklands hub is part of realising this vision.

“The hub creates a meeting place for Victoria’s technology community and gives entrepreneurs a venue to demonstrate their products to a broad audience, gain important insights and iterate throughout the development process.” 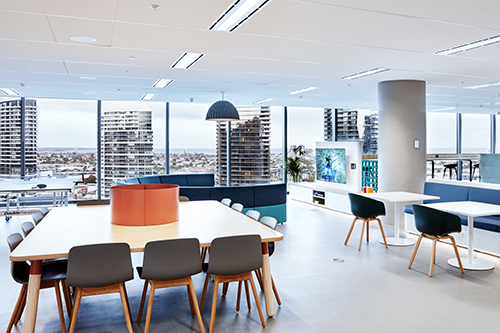 The hub will house over 150 tech professionals, and along with over 50 trades employed during the fit out, brings 200 jobs for Victoria, Ms Garrett said.

THE RiverPitch Live event series took place for the first time in Sydney on June 27 at the Sydney Startup Hub, giving 10 innovative early-stage companies a platform to attract vital investment in Australia.

After a successful RiverPitch series in Brisbane, powered by River City Labs and followed by a television series, RiverPitch Live Sydney welcomed a guest list of investors, startup industry professionals and the technology startup community.

Ten teams were selected to pitch on the night to an audience of more than 100, including pre-screened investors.

“The goal was to deliver the same value as our previous Brisbane RiverPitch events for startups and investors and to provide a strategic and direct approach to capital raising" Ms Ellis said. 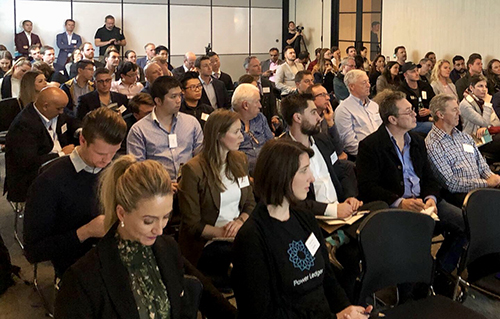 “It was great to see the Sydney community of startups and investors come out to support us in our first official event powered by Harbour City Labs. We look forward to delivering RiverPitch events in Sydney as our commitment to facilitate greater levels of investment in Australian startups.”

The evening concluded with networking and teams showcasing their products and services to potential investors..

RiverPitch is an investment series run by River City Labs that provides a platform for entrepreneurs to present their business opportunities to a group of registered investors in order to help raise capital for the company.

“RiverPitch aims to provide a different approach to capital funding and de-formalise the search for the next investment,” Ms Ellis said.

ACS Labs was formed, headed by serving RCL CEO Peta Ellis, and the RiverCity Labs method has since been extended to both Melbourne and Sydney as Bay City Labs and Harbour City Labs.

RiverPitch goes live in Sydney to float funding for start-ups

AFTER A SERIES of successful RiverPitch events in Queensland – with up to 15 business start-ups and scale-ups participating at each event and pitching to an audience of over 100 – the renowned RiverPitch Live event will launch in Sydney on June 27 at the Sydney Startup Hub.

RiverPitch Live-Sydney 2019 will replicate its RiverPitch Brisbane Live event series, where screened start-ups and screened high-profile investors come together in a social evening where investor-ready projects can be pitched. The event will aim to foster both the start-up and investment community in Sydney, where investor-ready start-ups and teams are connected with experienced investors. 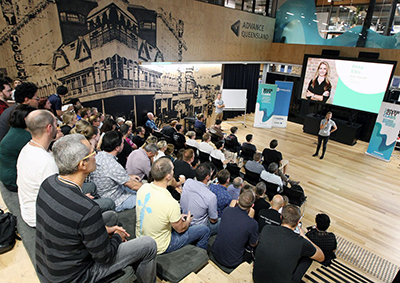 RiverPitch aims to provide a different approach to capital funding and de-formalise the search for the next important investment – and there have been 16 public events since 2012 run by the Labs Group, producing 61 alumni companies. About a third of those raised capital within a 12 month period after RiverPitch. In 2018 RiverPitch also produced an eight-part television series in partnership with the ACS, the Australian association for the ICT industries, and YourMoney, the now wound-down joint venture TV and digital channel of Nine Entertainment and News Corp’s Australian News Channel.

City Labs Group CEO Peta Ellis said there were high expectations that the RiverPitch events which had been so successful in Brisbane would go to a whole new level in Sydney.

“The Sydney start-up scene is developing each year and events like RiverPitch will fast-track progress even further,” Ms Ellis said. “With the recent launch of Harbour City Labs in Sydney (River City Labs’ sister brand), it is a great time for us to introduce to the start-up scene in Sydney, our popular RiverPitch Live event that we launched seven years ago in Brisbane and continues to showcase start-ups raising capital.

“We are looking for start-ups and scale-ups who have a strong ambition to grow fast, and scaling and seeking investment to become nationally and globally relevant companies. RiverPitch Live Sydney 2019 will assist founders to connect and develop relationships with an elite high-profile community of investors that have had an ongoing and reputable tie with our organisation.”

“Part of the application process includes providing a 90-second video pitch highlighting what your product or service is and why you would like the opportunity to pitch at RiverPitch Live Sydney 2019,” Ms Ellis said.

She said all submissions were carefully vetted by a committee of RiverPitch judges. The successful teams are then invited to pitch in front of a room full of investors on the June 27 at the Sydney Startup Hub.