The TEMF will enable deeper-level maintenance, where JSF F135 engine modules are disassembled, repaired and reassembled for testing, according to Minister for Defence, Christopher Pyne. 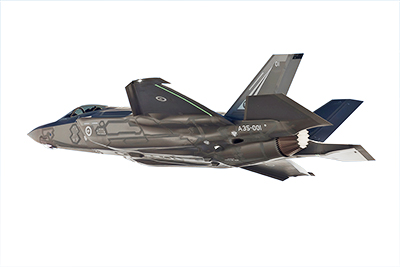 “TAE Aerospace’s new facility will support maintenance, repair, overhaul and upgrade (MRO&U) activities for not only Australian F135 engines but also engines from around the Asia Pacific region and the world,” Mr Pyne said.

“The addition of the F135 engine MRO&U activities will add a minimum of 15 aerospace technician jobs to its workforce and up to 85 additional jobs as part of the future F-35 Global Support Solution.”

The Australian Government has approved the acquisition of 72 F-35A JSF aircraft to replace the current fleet of 71 ageing F/A-18A/B Classic Hornets.

“The global F-35 Program has had a positive impact on Australia’s growing defence industry, which has collectively been awarded in excess of $1 billion in production contracts and will support up to 5000 Australian jobs by 2023,” Mr Pyne said.