NEWLY restored de Havilland Gypsy Moth, VH-UQH, flew into Archerfield Airport on Sunday April 14, with a supporting flight of five other 'Moths' to mark 88 years since it broke the England to Australia solo flight record.

Not only that, Tim Barron, the grandson of aviator Captain Charles Kennedy Scott who flew the Gypsy Moth on that historic journey, flew in his gransfather's restored aircraft, having jetted in from the UK a few days earlier, to participate in the commemorative flight.

Mr Barron was a passenger aboard the newly restored de Havilland Gypsy Moth, VH-UQH, flown by his grandfather 88 years ago to set an England to Australia solo flight record and become the first aircraft to land at Archerfield Airport on its opening day in April 1931.

Sunday’s flight into Archerfield Airport commemorated these historic events, and was the  aircraft’s first major flight since the 1950s.

The Gypsy Moth arrived among a gaggle of other Gypsy Moths and Tiger Moths at about 2pm for an airside presentation and series of TV interviews, in front of the Archerfield Airport Terminal Building. 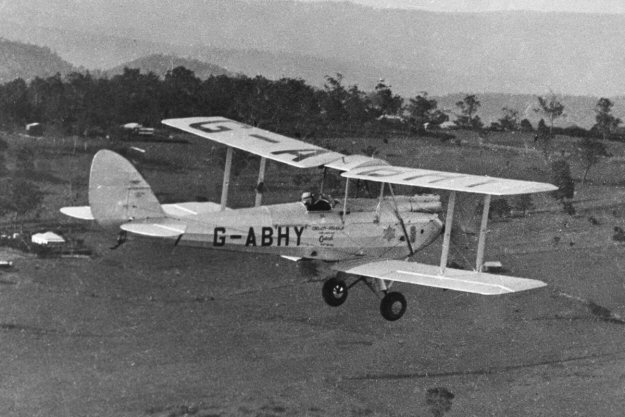 The aircraft was piloted by Captain Charles Kennedy Scott in 1931 to set a world flight record from London to Darwin of 9 hours, 4 hours and 11 minutes. This broke an earlier record set by fellow aviator, Sir Charles Kingsford-Smith, by 19 hours.

Scott then flew to Camooweal and Longreach, before heading to Brisbane to land the first aircraft at the then brand-new city airport at Archerfield.

English-born Captain Scott left the RAF in 1926 to emigrate to Australia. He was one of the original pilots for the fledgling outback airline, Qantas.

Today, his aircraft, VH-UQH, is co-owned by Ed Field of the Sunshine Coast and Peter Gartshore of Brisbane. Ed Field flew the Moth with Mr Barron aboard, from Caboolture Airport, where the aircraft is hangared, to Archerfield Airport. The flight was its first major flight since the 1950s.

Ed Field found VH-UQH and two log books among a shed full of Tiger Moth parts in the outback WA town of Trayning. The aircraft had been damaged in a cyclone in 1953 and was considered beyond repair. 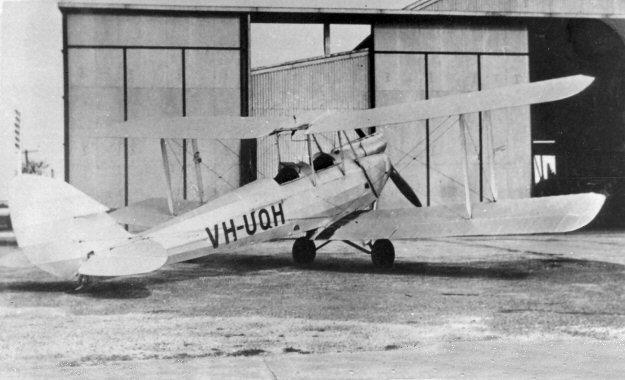 After researching VH-UQH and discovering its historical significance, Mr Field brought the Gypsy Moth to Melbourne, then Caboolture. Its on-and-off restoration project started in the mid-1980s and was completed only last week, returning VH-UQH to as it was 88 years ago – including the original British registration markings (G-ABHY) which required special approval by CASA.

VH-UQH will be accompanied to Archerfield Airport by two antique aircraft owned by Bill Finlen of Boonah: Gypsy Moth VH-UMK – which was involved in the search for Lassetters Gold Reef in 1930 – and a Tiger Moth originally from the RAF in England and used as a wartime trainer.