PRIA event - Unleashing the Dragon: Keys to communication and business in Asia 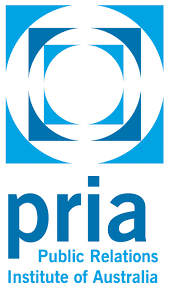 Unleashing the Dragon: Keys to communication and business in Asia

Join us for a discussion on the opportunities, challenges and nuances in working across the Asian region. The panel will cover topics including:

​​​​The panel will be facilitated by Kata Farrell, Agency Leader of N2N Communications.

Richard Brett – CEO, Ogilvy Public Relations: Richard Brett has 20 years’ experience of marketing communications, brand strategy and communications agency leadership. His passions including using public relations and social media to lead integrated campaigns, outcome based measurement and using new technology to drive innovative creativity for brands. Before joining Ogilvy in October 2013, Richard was managing director of Shine Communications in London. Richard’s responsibilities at Shine included setting the vision for the agency’s growth strategy and market position. The strategy of insightful, strategic creativity, outcome based measurement and an employee centric culture secured Shine 104 award wins or shortlists between 2011 and 2013, making the agency the most awarded single office agency in Europe. At Shine Richard also led a number award winning campaigns for clients such as eBay, ghd, Forever 21, SAB Miller and Vodafone. Previously, Richard joined Samsonite in 2006 as global director of communications, and then was appointed VP, global marketing communications in 2007. In 2010 Richard received a distinction for his MBA in Management from Imperial College London.

David is the head of Telum for Australia and New Zealand. He is a Corporate Affairs and Media Relations specialist with experience in both Australia and the UK. He has worked in both agency and in-house environments, most recently for Suncorp, an ASX Top 15, and Aon, a Fortune 500. Telum has offices in Singapore, Hong Kong and Sydney, and was founded in 2013 by former PR and journalism professionals who saw the need for a comprehensive media database in Asia.

Ben Mulligan - Regional Marketing Leader, Hootsuite​​​​​Ben Mulligan is a marketing strategist and technology evangelist with a passion for all things digital. Ben leads marketing and growth for Canadian tech unicorn Hootsuite in Australia and New Zealand. His career was built around brand development and digital strategy for some of the world’s leading youth lifestyle and consumer technology brands. Having previously led social media for Microsoft’s Australian subsidiary he played a key role in the development of Creator initiatives and the local launch of Microsoft’s Surface tablet. Before moving into technology, Ben worked alongside some of the world’s most influential music and culture catalysts at Ministry of Sound, the world's largest dance music record label, and iconic Australian indie label Modular.

Katarina leads a team of more than 30 communicators at N2N Communications, Herd MSL’s corporate, government and B2B technology brand. Her focus is on growing the N2N brand, business and team through technically brilliant work, meaningful relationships and a vibrant culture.