THE American National Basketball Association (NBA) and Basketball Australia (BA) have launched the NBA Global Academy – an elite training centre for Australian and international basketball prospects – at the Australian Institute of Sport (AIS) in Canberra.

AIS director Mat Favier helped launch the NBA Global Academy, which will serve as the NBA’s hub for top male and female prospects from outside the United States. The initial intake will include players from India, Africa, China, Argentina and Australia.

“The AIS is extremely proud of the relationship we’ve had with Basketball Australia and the development of young basketball players for more than 35 years,” Mr Favier said. 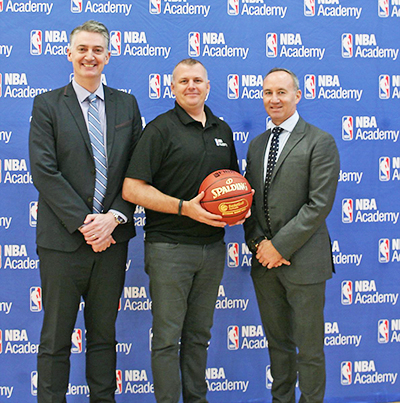 “Some incredible female players have emerged from the AIS and gone on to be stars in the WNBA, like Lauren Jackson and Penny Taylor to name a few.

“Australian basketballers have earned a reputation in the NBA as professional, hard-working and team-oriented. These are all traits instilled through their development with Basketball Australia and the AIS.”

Basketball Australia will continue to operate its Centre of Excellence for Australian athletes at the AIS, complementing the NBA Global Academy.

“ Our Centre of Excellence has an incredible track record of producing athletes who can compete on the international stage.  We are honoured to be hosting NBA Global Academy and helping to develop promising young talent from around the world.” 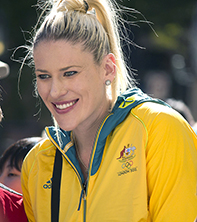 NBA Global Academy will employ a holistic, 360-degree approach to player development with focuses on education, leadership, character development and life skills.  As part of the program, the students will compete against top competition throughout the year and will have an opportunity to be selected for travel teams that play in international tournaments and exhibition games.