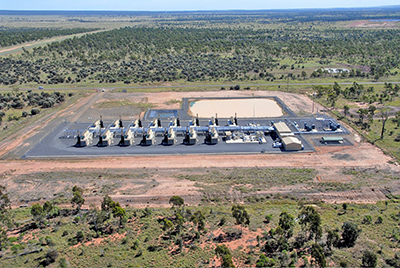 One of the most appreciated of these applications has been for the Adelaide Meals on Wheels operation. Clarke Energy decided to support the operation as feeding the poor and disadvantaged is something dear to the organisation’s heart, and integral to what the company does for communities internationally.

Clarke Energy’s Australian head office for the South Pacific region is also based in Adelaide, a spokesperson said, “so we welcomed an opportunity to support the Meals on Wheels organisation that was established in 1952 and has over 8000 volunteers, providing 4250 people three-course nourishing meals each day”.

As efforts are being made in city environments to reduce emissions, Clarke Energy is increasingly finding projects in establishing tri-generation and other power plants that provide electricity, heating and cooling from integrated plants. And these are just the latest in a long line of innovations.

For example, back in 2013 Clarke Energy won the Energy Developments Limited (EDL) contract to engineer, procure and construct (EPC) the expansion of a Waste Coal Mine Gas (WCMG) power station at its Moranbah North Power Station in Central Queensland.

The facility was designed to utilise gases liberated during the mining process which would otherwise have been flared. These gases are now used to generate electricity and reduce operational costs. In fact, the power plant delivered better than 18 megawatts and it simultaneously helped prevent the release of mine’s gas into the atmosphere.

Not only did the Moranbah North plant abate a total of 1.3 million tonnes per year of carbon gas emissions, it used that gas to supply the local electricity grid, helping generate additional revenues for EDL

One of the main reasons Clarke Energy has had such a variety of successes in Australia has been its global experience in a wide range of different gaseous fuel applications including natural gas, biogas, landfill, furnace and coal gases.

“Gas based power generation projects are present in a variety of different applications,” Mr Jones said. “Natural gas systems focus on high efficiency generation from natural gas, which has the lowest carbon emissions of all fossil fuels. Biological gases are renewable fuels and originate from the degradation of organic matter by microorganisms and include biogas, sewage gas and landfill gas.

“Gases associated with coal deposits provide the opportunity for the generation of power whilst avoiding carbon emissions. Finally special gas applications are some of the most challenging gaseous fuels including syngas from biomass and waste and gases originating as a by-product from metal furnaces.”

In 2011, Clarke Energy fulfilled a contract with Xstrata Copper to provide 5MW of power generated by its high-efficiency, containerised GE Jenbacher reciprocating gas engines to the Mt Isa Mine. Also in Queensland that year, QGC contracted GE Water and Laing O’Rourke to develop a water treatment plant to convert saline water to fresh water for use by local residents near its Kenya gas field – and Clarke Energy supplied, installed, and commissioned power modules to provide a reliable source of power for this plant using local coal seam methane. 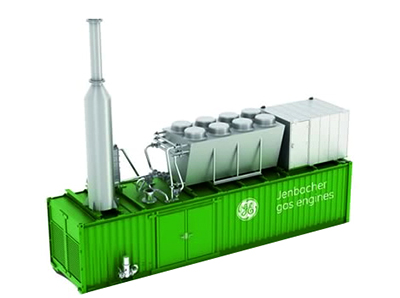 But perhaps a real indicator of where Clarke Energy’s expertise in sustainable power systems may come into its own in Australia is the example of a sustainable power loop system developed for the Royal Air Force at its Marham base in the UK.

Over 95 percent of RAF Marham’s electricity is provided by bio-gas emissions from food scraps and bio-waste, utilising three Jenbacher 420 gas engines, engineered and installed by Clarke Energy. At the plant, 4.5MW of electricity is generated, enough to power about 7650 households, while reducing the Ministry of Defence’s (MoD) carbon dioxide emissions by 14,000 tonnes per annum. The new green energy supply is also on target to deliver the MoD around £300,000 of annual electricity savings. The scheme provides the UK’s military with its first renewable, resilient and reliable green power supply.

It makes sense that Clarke Energy would have a long record of innovation in the UK, from where it has developed since founder Jim Clarke took a controlling stake in the company in 1989. The company has continued to grow and now provides employment for more than 1,000 people across 17 countries. Clarke Energy’s Australian operations were formally established in 1999 and initially located in Braeside, Melbourne. Due to the success and continued expansion and growth within the Australian and New Zealand markets, March 2006 became a significant milestone in the company’s history with the office being relocated to customised premises at Thebarton in Adelaide.

So when cities, townships and even large organisations such as resources companies want to make the most of their environments, and yet have reliable power, more often than not the development consultants call in Clarke Energy to offer custom-fit solutions. 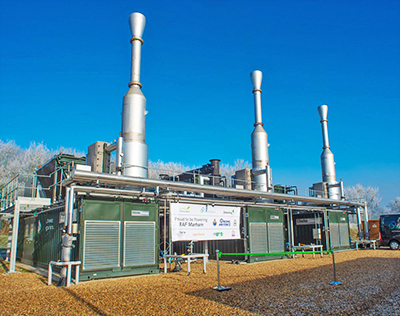 In fact, Clarke Energy has been at the leading edge of education in managing such diverse power generation options.

To help energy and town planners, along with engineers, Clarke Energy recently hosted a Hybrid Power Solutions networking event at the Hilton Hotel in the centre of Adelaide city. More than 30 power industry professionals attended from various sectors ranging from waste management, energy utilities, oil and gas, and engineering consultancies.

In fact, Clarke Energy’s work on Hybrid Power Solutions, led by product manager Leo Jin, stimulated wide discussion within the room. The attendees were vocally interested in Australia’s transition phase to a renewable energy future and the role that hybrid solutions would play to ensure energy security, stability and the most importantly, affordability.

Most came away from the event both surprised and reassured that so many different power generation options were not only available but had been successfully implemented already in Australia, according to the feedback.

Clarke Energy’s Australian innovations over the past 20 years in all sorts of environments are many and have been picked up for use in projects around the world.