AN AUSTRALIAN resources company has stepped up to supply a cargo of essential humanitarian aid to war-torn Ukraine -- thermal coal for vital electricity services.

Whitehaven Coal is supplying Ukraine with 70,000 tonnes of thermal coal to help keep the lights on and stave off freezing conditions, following an urgent request from the Australian Government.

The Australian Government is donating the shipment, worth close to $30 million, as part of its humanitarian response to the Russian invasion of Ukraine. 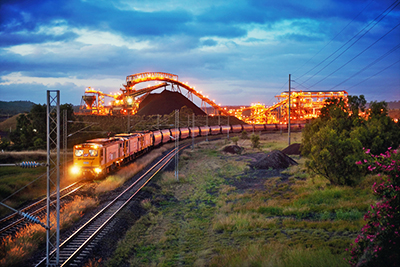 “I'd like to commend Whitehaven Coal for working so quickly with the Australian Government to provide access to a cargo of thermal coal, which isn’t easy at the moment because it’s in such high demand,” Mr Macfarlane said.

“Whitehaven has also contributed $250,000 to the Australian Red Cross Ukraine Crisis Appeal to help the people of Ukraine, so it’s wonderful to see such a heartfelt, local response to this unfolding and tragic situation.”

Mr Macfarlane said the war in Ukraine had shone a harsh spotlight on the strategic issue of energy security.

“The secure and consistent supply of electricity is essential to so many aspects of everyday life,” he said.

“With millions of displaced Ukrainians fleeing the conflict, it’s vital they still have access to electricity for heating, lighting and even for charging phones so they can stay in touch with family members around the world, including in Australia.”