Really? 'Lowering standards to lower fees' is the proposed approach to reforming financial advice? That’s a strong 'hell to the no' from me.

See, there’s a review underway, covering financial advice. And boy… as you can tell, I have some thoughts. Strap yourselves in.

Apparently, if reports in the Australian Financial Review are to be believed (and there’s no reason not to) the review is going to recommend that financial advisors no longer have to apply the ‘best interest’ test, when giving financial advice.

Whoa! What the actual? 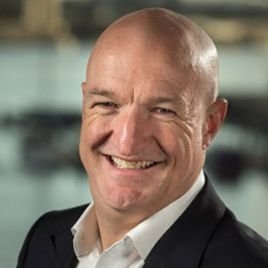 If these changes go through, financial advisors would no longer have to ensure their advice was in the clients’ best interest? Think about that for a minute.

And yet this review is (apparently) about to let financial advisors act in some other way?

Maybe, after a decade or so, the industry is about to win, putting itself ahead of its clients again? Oh, they don’t actually say that. They say they’re worried that advice isn’t affordable enough.

See, having to act in clients’ best interest is apparently too expensive. And if they don’t have to do that any more, they can make advice cheaper.

Sure, it may not be in our best interest any more, but at least it’s affordable. If that sentence doesn’t strike you as completely absurd, you need to read it again.

Apparently the options are:

Frankly, I’m not sure I have the words.

Some people will say the administrative burden of the ‘best interests test’ excludes those who can’t afford the fee. I’m sure that’s right. After all, most financial advisors are driving 15-year old Toyota Camrys, right?

A cheap shot? Maybe. And they're not bad guys and girls. Frankly, they're right -- the admin burden is a debacle.

They're not wrong about the problem. But it's the proposed solution that stinks.

See, there IS a problem.

But it’s not the one you think. It’s not the ‘best interests’ duty that’s the problem. It’s the fact our system is so bloody complex that so many of us need, or could possibly benefit from, financial advice in the first place.

Which, if you’re a financial planner, you’re not really going to complain about, are you? Because it’s that very patchwork of tax complexity that is your meal ticket.

I don’t blame those advisers for helping us navigate it, by the way.  But if they were honest with themselves, I’m pretty sure they’d admit that the complexity isn’t actually necessary for our society to function.

And many of their clients, if they were being honest, would suggest the same.

So they’re right – much of the financial advice regulation requires lots of overheads to make sure its in the client’s best interest… which is as it should be.

Who honestly thinks ‘Ah, close enough’ is okay? Financial advice should always be in the clients’ best interest.

So the answer isn’t to give advice which is okay-ish, to save a few bob. It’s to change the law so that the financial advice isn’t needed.

Seriously, when I can pay a financial adviser a few thousand dollars, and still make more than that based on the advice she gives me, the system is broken.

Why? Because the politicians and regulators have been captured by the industry and its wealthiest clients.

How many people got formal financial advice (other than an accountant helping them lodge their tax) a few decades ago? Probably a small fraction of the adult population.

These days?  The dog’s breakfast of loopholes and (legal) tax dodges gets bigger by the year. And it’s no wonder the industry keeps growing.

If the government is serious, and Treasury is fair dinkum, they won’t repeal the best interests test. They’ll change the law so that my financial adviser says ‘Sorry, mate. I can’t justify taking you on as a client. There’s nothing I can do for you’.

Or, ‘taking you on as a client is expensive, because my advice needs to be in your best interests, and I can save you enough to offset my fee’.

The middle ground – slightly less expensive advice that isn’t in my best interest – is something only a government (or a financial advice industry looking for a payday) could love.

I guess we’ll see who has the ear of those in power, and whether they’re truly trying to improve things.

Over to you, Prime Minister.