THE LATEST Screen Australia funding covers a diverse slate of projects including a true post-War story from the Oscar-winning team behind The King’s Speech, a Dreamtime virtual reality experience, to an online series about bipolar disorder that is being co-executive produced by British comedian Stephen Fry. 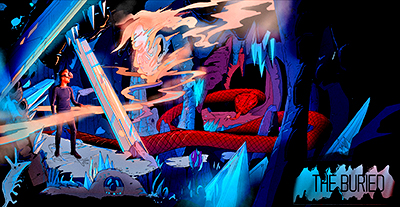 The two Indigenous television projects to have received production investment funding are ABC TV’s The Warriors and the NITV documentary Carry the Flag.

The Warriors is a new Indigenous comedy drama series from Arenamedia, set in the competitive world of Australian Rules Football, with major production investment from Screen Australia and funding support from Film Victoria.

Conspiracy thriller Event Zero is a hybrid-format SVOD feature film and TV series based on the 2012 web series of the same name, from producer/director Enzo Tedeschi (Airlock, The Tunnel).

Australian Irish co-production teen comedy series Drop Dead Weird, for Seven Network and RTE Ireland, follows an Australian family who move to rural Ireland to run the family B&B. Its producers are Monica O’Brien and Sally Browning and it has funding support from Screen NSW.

The latest round of Story Development funding, from July to September 2016, saw eight feature film projects share in more than $250,000 worth of funding.

Among those funded is The Unknown Soldier, based on the inspiring true story of the British priest who created the first Tomb of the Unknown Soldier, to help a nation grieving after The Great War. Its acclaimed screenwriter Jan Sardi (The Secret River, Shine) is joined by the Oscar-winning team from See Saw Productions, Emile Sherman, Rachel Gardner and Iain Canning.

The Blue Tinis a powerful dramatisation of a death-in-custody tragedy and a family’s struggle for justice, from producer David Jowsey (Goldstone, Mystery Road) and writer Stephen Sewell.

Sci-fi dystopian drama In Vitro from writer/director/producing team Will Jaymes, Tom McKeith and Talia Zucker is the second outing for Jaymes and McKeith whose debut feature Beast with Sam McKeith was selected for TIFF in 2015.

Jirga, from writer Benjamin Gilmour and producer John Maynard (Sherpa),  is about a former Australian soldier who returns to Afghanistan to find the family of a man he killed in combat.