No, I’m not even being facetious. You can send sympathy cards to my wife, if you feel the need, but I really, really like Budget day. For a few reasons.

First, I’m an economics nerd. And it doesn’t get more economically nerdy than our country’s profit and loss statement being announced live on television.

Second, I’m a politics nerd. It’s frustrating as hell most of the time, but I love the workings of democracy. 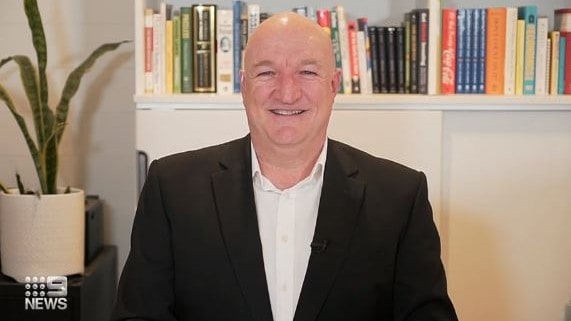 And last – and perhaps most importantly – it’s the combination of the two. Despite my regular exasperation at the way politics is played, we are bloody lucky to live in a country where the democratic processes of government are not only followed, but are played out (largely) in front of us.

It is the embodiment of a lot of what our system is, and means, and while I don’t expect everyone to love it as much as I do, I hope most people at least appreciate that many people around the world aren’t this fortunate.

It is something to be acknowledged and treasured, I think, even if not actually celebrated.

Now, back to Christm… I mean the Budget.

There’s no point in me writing a wishlist. I’m not naive enough to think Treasurer Josh Frydenberg is waiting with baited breath to find out what I think he should put in the budget! And, of course, the ink is dry on the budget papers anyway.

But I’m going to have a stab at what the Budget perhaps should look like. Here are some things I’d like to see in tonight’s announcement.

First, I want to see a plan from the government on how we get the budget back into structural balance. Not actual balance, every year, but ‘structural balance’. See, it’s important that the government borrows money when the economy is stuttering, to provide a backstop and to stoke demand. Doing so means recessions should be shorter and less severe than otherwise might be the case.

But ‘structural balance’ means that in the really good times, the government has a surplus, taking some heat out of the economy, and offsetting previous deficits with surpluses. These two sides of the same coin mean a less volatile economy and society, with less extreme economic shocks.

We are – and I know this won’t come as a shock – a loooong way from a structural budget balance.

Frankly, I don’t think that will get addressed tonight, despite the rhetoric. And that’s a shame. I really don’t want to leave a messed-up national balance sheet to our kids.

Second, I’d love to see a focus on economic growth, including wages growth and unemployment. Even as a finance guy, I know GDP isn’t the only (or even the most important) indicator of national prosperity. But in a financial budget, it’s the headline number. I’d like to see our governments actually turning their hands to creating the right conditions for that prosperity.

And the wages growth and employment has to come with it, otherwise the ‘prosperity’ is concentrated in too few hands, and too many of the profits might actually end up overseas. I have no issue with foreign ownership (that’s a whole other debate) but it’s reasonable to want prosperity to make it into the hands of all of us, not just some.

Third, I’d like to see governments really tackle infrastructure. But not in a ‘lots of bridges and tunnels’ kinda way. It’s easy to throw billions around (and hard to resist the temptation to direct those billions into politically sensitive seats), but the money needs to be invested thoughtfully, in projects that actually remove blockages in the most efficient way possible.

(I read a tweet yesterday suggesting you could put water tanks on every house in one rural town for a fraction of the cost of upgrading the local dam. Sure, the machinery would be smaller and the photo opportunities would be fewer, but that sounds like smarter spending to me!)

Next, I’d like to see the government properly fund action on climate change. It’s true that Australia can’t offset the rest of the world’s emissions, but the least we can do – in our own interest – is be responsible for our own mess, and then use that example to cajole other countries into doing their bit. And frankly, depending on who you listen to, it might actually be a positive economic return on investment. At the very least, we can feel good about the country we’re leaving to our kids.

INCREASE SOME TAXES HERE AND THERE

You’ll notice nothing about taxes in the summary above. Of course we all want to pay less tax – it’s just natural. But I don’t think we, as a country, need to collect less tax.

How’s that for controversial?

The problem is that we see every single dollar of tax taken out of our pay packets, but we don’t value the services we get for that money in the same way.

We expect the roads to be sealed and smooth. We want to know that the coppers, fireys and ambos will come when we call them. We want to know the schools, unis, hospitals and national parks are there when we want to use them. And that pensions will be paid, in full and on time.

But we don’t see the value in the same way, dollar for dollar, as we do our taxes that come out of our pay.

That doesn’t make those things any less important. It just means we need to consciously remember them.

Not only that, but with the budget deep in the red, it would be irresponsible to cut taxes right now.

(Yes, I know they’ll probably throw cash at us, tonight. And probably cut fuel excise. Both wrong and irresponsible, in my view. How’s that for an unpopular view?)

In fact, the one tax I would increase is on the extraction and sale of Australia’s national resources. A former government levied a ‘super profits tax’ on miners, but I think that was the wrong way to think about the target. They relied on people thinking ‘hey, they make too much money’, but Australians have never really worried about that, per se. What we have always focussed on is fairness. Which is where my take is different.

Resources companies dig or drill for resources that have been formed over millions of years, and that were the property of our forebears and their forebears. If a company is going to take them out of the ground, forever, then sell them, it strikes me that fairness suggests the country should be very well compensated for their sale. Not because the miner is making a ‘super profit’, but because if you’re going to dig up and sell off part of our country, the country should get a fair price for that asset.

So, I wouldn’t levy an extra or higher tax on profits. I’d charge more, per tonne, ounce and barrel, for those assets themselves. I’d also put the proceeds into a sovereign wealth fund, or similar, so those natural resources can have a perpetual benefit, rather than being simply taxed and spent once. Taking an ounce of gold that’s been in the ground for millenia and spending the tax proceeds in one year, leaving nothing for future generations seems, to me, the epitome of (unintended) selfishness.

I do think, by the way, that our Federal Government (and it’s been the same under the administration of both major parties) collects way too little tax from the wealthy and the major corporations, particularly the multinationals (Australian-based, as well as foreign).

These groups can afford the best accountants and lawyers, and the poor old taxpayer is being played for a mug. For all of the effort that goes into cracking down on ‘welfare cheats’, for precious little result (and hot tip: $5 says the government announces a program to do just that, tonight), bugger all effort, in any relative sense, is being spent on either improving legislation and/or enforcement of collection from the big end of town.

And I’m no anti-capitalist. I think our system of democratic capitalism, though inevitably flawed, is one of the best around. The profit motive is one of the primary drivers of growth and progress.

But it needs to be well-managed and appropriately legislated.

I haven’t done the numbers, but I dare say if the law was improved to actually ensure the government captures the tax revenue those laws were originally intended to collect, we might be able to fund much or all of my wishlist, above. And maybe get the budget closer to structural balance.

I’ve joked on Twitter that I’d only need 12 months as Treasurer to significantly fix our system -- tax collection in particular. And then? Well, let’s just say I would annoy enough people that any chance of re-election would be out of the question.

Which probably means I’ve got it just about right.

It also probably means I’ve offended or upset a small minority of my readers, today. I would simply ask one thing: rather than being upset or offended, please be motivated to add your voice – even in stark opposition to mine, if you are so motivated – to the national debate.

Politics is at its best when it’s a contest of ideas among engaged, informed citizens. It’s at its worst when people simply don’t bother forming or expressing a view.

So here’s to our very Australian form of representative democracy.

Scott Phillips is the chief investment officer at The Motley Fool Australia financial investment advisory group. He is a regular commentator on radio, television and in national newspapers on economics and private investment . www.fool.com.au