SCREEN AUSTRALIA and the Australian Writers’ Guild are backing up to 10 Australian directors and screenwriters to take part in Talent Los Angeles (Talent LA) in September.

Last year’s inaugural Talent LA – a week-long program of targeted and curated meetings, workshops and networking opportunities – was highly successful according to attendees and organisers alike. 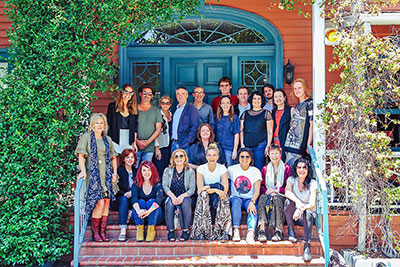 “Talent LA was an incredible experience, both creatively and professionally,” the writer, director, and producer – best known as one third of comedy trio Skit Box – Sarah Bishop said of her experience in 2017.

“I heard from some amazing storytelling minds including A-List writers and directors, and had access to some of the top studio and network executives, with whom I am continuing to talk to about Australian and international projects.

“It was an absolute game changer in terms of my professional development and I made some great connections with my fellow alumni in the process,” Ms Bishop said.

“We are looking for directors/screenwriters who can demonstrate recent international audience traction from an online series, TV series, short films and/or low-budget features officially selected or awarded at A-list festivals,” Ms Moore said.

Screenwriters who have been a recipient of a significant international screenwriting award, such as Black List, PAGE or Academy Nicholl fellowship, or who are part of the Australian Writers’ Guild Pathways Program are also being encouraged to apply.

According to Screen Australia, creatives with slates suited to the US market and with one or more market-ready long-form TV series at an advanced stage of development will be prioritised. Screen content-makers representative of the diversity of Australia were being encouraged to submit applications.

Successful Talent LA applicants will be in LA from September 16–21, 2018, inclusive. Screen Australia will also encourage attendees to stay longer in LA to capitalise on introductions and opportunities.