Report urges Australia to 'pivot' and diversify trade and investment

Committee chair, George Christensen said "now more than ever it was important that Australia takes the opportunity to pivot towards new export markets and trade and investment opportunities, to support sustainable economic growth over the long term".

"The committee has recommended that the government develop a plan for trade diversification and examine options to expand domestic investment and production. These reforms will protect Australia from the risks of having too many eggs in one basket," Mr Christensen said. 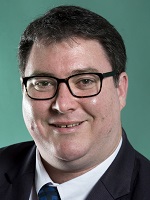 "Diversifying the range of products and services that Australia exports, including through greater support for future-focused and innovative industries, will further ensure Australia is not overexposed to trade disruptions or shocks in any one export market."

The committee made 21 recommendations, which include:

The full report is on the committee’s webpage.