Aboriginal Dreamtime is for everyone, explains author Aunty Munya Andrews

IF SHE HAD A DOLLAR for every time someone asked what Dreamtime was, Aunty Munya Andrews says she’d be a very rich woman.

Ms Andrews, who is an Aboriginal elder and barrister, runs Indigenous cultural awareness training with her partner Carla Rogers at Evolve Communities. She has also written a book, Journey into Dreamtime to help people better understand Aboriginal culture. 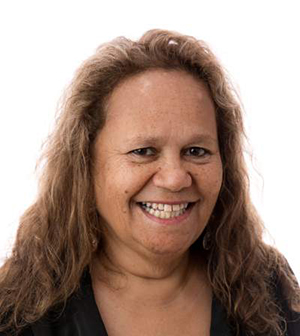 “It is a spiritual philosophy that has as much to offer humanity as any other – such as Christianity, Buddhism or Hinduism. It can help everyone you cope with and master life, like any other belief system.”

An Indigenous barrister originally from the Kimberley region of Western Australia, Aunty Munya was raised in a remote Aboriginal community steeped in traditional law and culture. She is a specialist in intercultural interactions and has run Indigenous cultural awareness programs for over 30 years.

“Joseph Campbell, who wrote prolifically on world mythology, says religions are like computer software – if you don’t understand a religion, it’s only because you are not familiar with its programming language,” Ms Andrews said.

“My book Journey into Dreamtime is about helping people to understand that language by introducing them to Dreamtime concepts, such as sacred sites and song-lines.

“I teach people what Dreaming means and what it means to have a particular Dreaming like Kangaroo or Possum Dreaming on both a practical and spiritual level.”

Ms Andrews believes that most Australians want to know more about Aboriginal Dreamtime so they can forge a deeper connection with Indigenous people and have a deeper insight into the spiritual and psychic makeup of this land.

To that end, the book looks at a range of important questions about the Dreamtime, including: Why the Rainbow Snake known by that name and why it is deeply revered; What special role it plays in traditional healing; What are sacred sites and how they empower you; What it means to have kangaroo or possum Dreaming; How you discover your ‘Dreaming’ and what it can teach you. 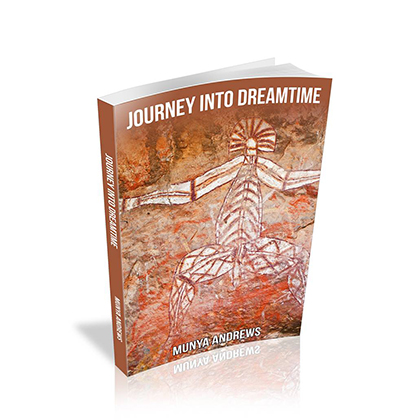 “What’s more, it’s indigenous to this land and can foster a deep sense of belonging to people who come from other shores,” Ms Andrews said.

“After all, we’re all Australians and we have much to learn from each other.”