THE POSITION of a chief executive officer (CEO) – unlike any other in an organisation – plays a pivotal role in shaping the future of the organisation and consequently the welfare of its stakeholders.

Consequently, given the power vested in CEOs of modern corporations, the importance of the succession process can hardly be overstated.

It is, therefore, not surprising that CEO succession – a topic of considerable interest to academics and practitioners alike – has been the subject of intense academic research and debate in finance and management literature.

In a world that is increasingly seeking equal representation, parity in opportunities and inclusion of people across different backgrounds become the guiding principle for businesses in their hiring practices. 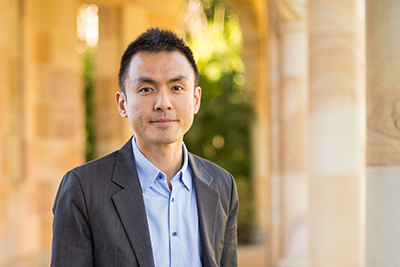 While, on the one hand, the succession process is fraught with risks of hiring a person who could potentially do more harm than good, on the other hand, however, succession serves as an error-correcting process. The shake-up may be necessary to move the firm forward to keep up with competitors.

Good succession planning contributes to a smooth transition at the top. It also serves as a proxy for effective boards and good corporate governance – which strengthens investors’ confidence.

The cost of poorly defined and managed succession planning is extremely high, and could lead to elevated managerial and operational risk.

As such, a careful consideration of current and future firm developments is crucial in determining the qualities necessary in the incoming CEO.

PAST SUCCESS A GUIDE?

While corporate boards often tend to emphasise past success as the defining quality in the incoming CEO, one should not underestimate the importance of personality traits such as gender, age, ethnicity, career path, educational background, and social status as potential determinants of future success.

In other words, boards should try to align a firm’s strategic direction with a much broader set of candidate profiles, rather than solely relying on past performance to build a talent pipeline.

In addition, boards should also consider the performance consequences of succession events such as:

(1) the potential loss in firm-specific knowledge and human capital;

(2) the departures of upper-level managers following the succession event;

(3) a likely decrease in firm integration; and

(4) the potential for a drop in morale within the organisation.

In recent research, conducted jointly with academics at the University of Otago, we examine the value and performance implications of differences in personality traits between the predecessor and successor CEO, termed as ‘succession gap’.

This research is in the form of a co-authored research paper with Renzhu Zhang, Gurmeet S. Bhabra, and Hsin-I Chou – who are from the University of Otago – and is based on our recent paper entitled CEO Succession Gap and Firm Performance (see link below).

We address this research question by examining a sample of S&P 500 companies spanning the period 1996 to 2016. We construct a gap index by comparing differences in predecessor and the successor CEO characteristics along several dimensions such as gender, age, career variety, cultural background, highest education level, and social capital.

We find that when the succession involves a forced removal of the CEO, or when pre-succession firm performance has been poor (such as disruptive environments), an attempt to further shake up the status quo through a radical shift in the personal traits/experiences of the CEO leads to worse subsequent firm performance.

However, under non-disruptive conditions, we find succession gap to contribute positively to subsequent firm performance.

In our further tests, to examine the channels of underperformance, we find that successor CEOs who differ considerably from their predecessors tend to co-opt a greater proportion of the board, enjoy greater discretion in making far-reaching changes regarding downsizing and disinvestments, and generally lead firms that are characterised by higher levels of post-succession strategic instability.

Overall, we find evidence that appointing a successor with a gap in characteristics does not always increase firm value.

In fact, it can be harmful when the succession event is disruptive.

Our empirical findings have strong implications for how firms manage CEO successions.

1. Identification of a successor who possesses strong leadership skills that reflect future aspirations of the firm.

More importantly, the successor should have in-depth industry knowledge and a good understanding of the corporate culture. Such successors will be less likely to demand drastic changes and will experience less resistance within the organisation, enhancing, rather than disrupting, existing relationships.

After all, it comes down to linking the kind of culture the firm needs and the next leader’s attributes and qualifications.

While most firms prefer internal candidates because of lower search costs and they are often less disruptive, the assessment of external candidate is vital to ensure proper due diligence of the decision.

3. It is imperative to ensure ongoing accessibility to the outgoing CEO post-succession to ensure a seamless handover, thereby minimising disruption regardless of whether the successor is an internal or external candidate.

4. In most succession events, planning is largely ignored as a CEO’s departure is generally viewed as a distant event and, thus, often neglected.

Given that forced succession is costly to the firm in the form of reputation risk and potential loss of shareholder credibility, it is important for the incumbent CEO to be open about their own succession by identifying a potential successor early on to cater for a sudden or unexpected departure.

5. When enjoying stability and prosperity, CEOs are known to cling to policies and actions that led to past success but may not work under current or future situations.

Such ‘competency traps’ will lead to the incumbent CEO’s technical and political obsolescence that is unable to provide suitable solutions to new issues and to maintain a stable political environment within the firm. Such succession-related risk can be avoided by considering incoming CEOs with succession gaps who are more driven to acquire human capital than their counterparts.

CEO Succession Gap and Firm Performance is available to view at:

The author, Dr Eric Tan, is a senior lecturer in finance at the UQ Business School (UQBS), Queensland.