SYDNEY has had an unprecedented decade of growth in its food and beverage (F&B) industries and that has positively transformed both the city’s hospitality economy and tourism appeal.

According to a City of Sydney report, from 2007-2017, the number of hospitality businesses in Sydney has jumped by around 45 percent, cementing the city’s status as one of the world’s great food and beverage destinations.

“The results show that the City of Sydney is the epicentre of jobs and growth in Australia,” Sydney Lord Mayor Clover Moore said. “By creating a city where people come first, we've seen that jobs and new businesses also follow. 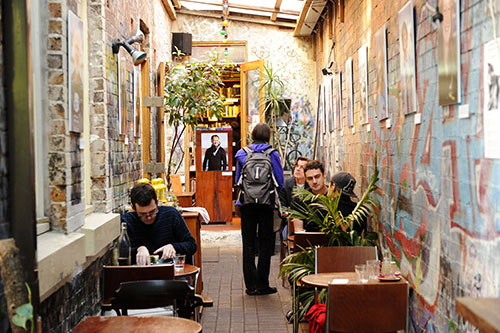 “To attract high-value businesses with good paying jobs, you need to attract employees. The strength of local communities is a key attraction for people choosing where to live, work or visit.

“It's also important that the city is a welcoming, multicultural community where people feel included.

“Our recent results show that our hospitality industry is thriving. The number of food and drink businesses in our city has increased by 972 in the decade from 2007 to 2017.

“Alongside our late night development control plan, currently on public exhibition, we are looking to diversify the activity we see in our city after dark – further boosting our night-time economy.”

City of Sydney’s manager of urban analytics Steve Hillier said the data suggested a greater appetite for eating out, with greater choice, number and variety of eateries.

“Restaurants and cafes are growing at a faster pace than our population and worker growth, which suggests a greater demand for eating out,” Mr Hillier said.

“The number of workers hasn’t kept pace with the growing number of establishments and that’s probably a reflection of the hospitality industry’s well documented issues attracting staff.”