THE COVID-19 rental legislation appears to be a ticking economic time bomb for any small business that rents a tenancy and is currently closed or has had their sales massively impacted.

The legislation requires 50 percent of rent to be deferred and repaid later. What appeared reasonable in March has become a growing burden likely to bankrupt many small businesses.

Lollipop’s Playland and Cafe Bentleigh East is one such small business with a ticking rental time bomb attached. The business which has been successfully established for over 20 years is accruing rental costs of close to $9000 a month and will likely owe the landlord $80,000 in deferred rent by the time they re- open. 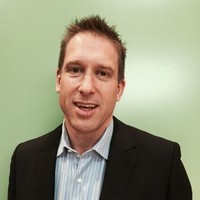 Add to that, the cost of minimum utilities, phone and insurance (that requires continual payment) and the costs continue to mount. The government grants available are but a drop in the ocean compared with the growing debts.

If you extrapolate the data to just this small franchise group, Lollipop’s Playlands (with 12 sites in Victoria and 27 in Australia), the figure becomes closer to three quarters of a million dollars for Victoria alone. Apply that amount to all the small businesses now in the extended lockdown and the numbers are staggering.

Although the rental legislation may appear to be fair, i.e. the landlords and the tenant are sharing the rent 50/50, this is not the case.

As a small business that was forced to close, LPI Group has received zero income yet must continue to bear the cost of 50 percent of the rent on a building unable to be used. If the small business has no guarantee of income why then should the landlord?

The other point to consider is most small businesses are just that: small and trying to build equity.

Most commercial landlords already have a large equity position which allowed them the capacity to become landlords in the first place. As such, the landlords are in a better position to receive no income than the small business owners.

The end result of this legislative inequity will be a devastating economic impact that will be felt for years to come. Further exacerbating the situation is a government under so much pressure they don’t see it coming.

The only way to defuse this hidden economic bomb is legislation that shares the pain equally across the nation. Particularly in Victoria where businesses are experiencing an extended lockdown.

In short, the landlord should receive no deferred rent while the small business owners receive no income.

This should also be extended through to banks receiving no interest during this period, not just capitalising it to be repaid later so that all share the burden equally.