What will be the economic impact of the 2019-20 bushfires?

SOME EVENTS cannot be quantified completely in just economic terms or numbers. The Australian bushfire crisis that has impacted the country since September 2019 is a prime example.

Milton Friedman, the Nobel Prize-winning Economist, advocated the idea that almost anything can indeed have an assigned cost – even pollution or devastation en masse.

That seems a tough pill to swallow in the face of thousands of razed homes, lost human lives, millions of perished beautiful animals and over 10 million hectares of land, including national protected parklands, lost. 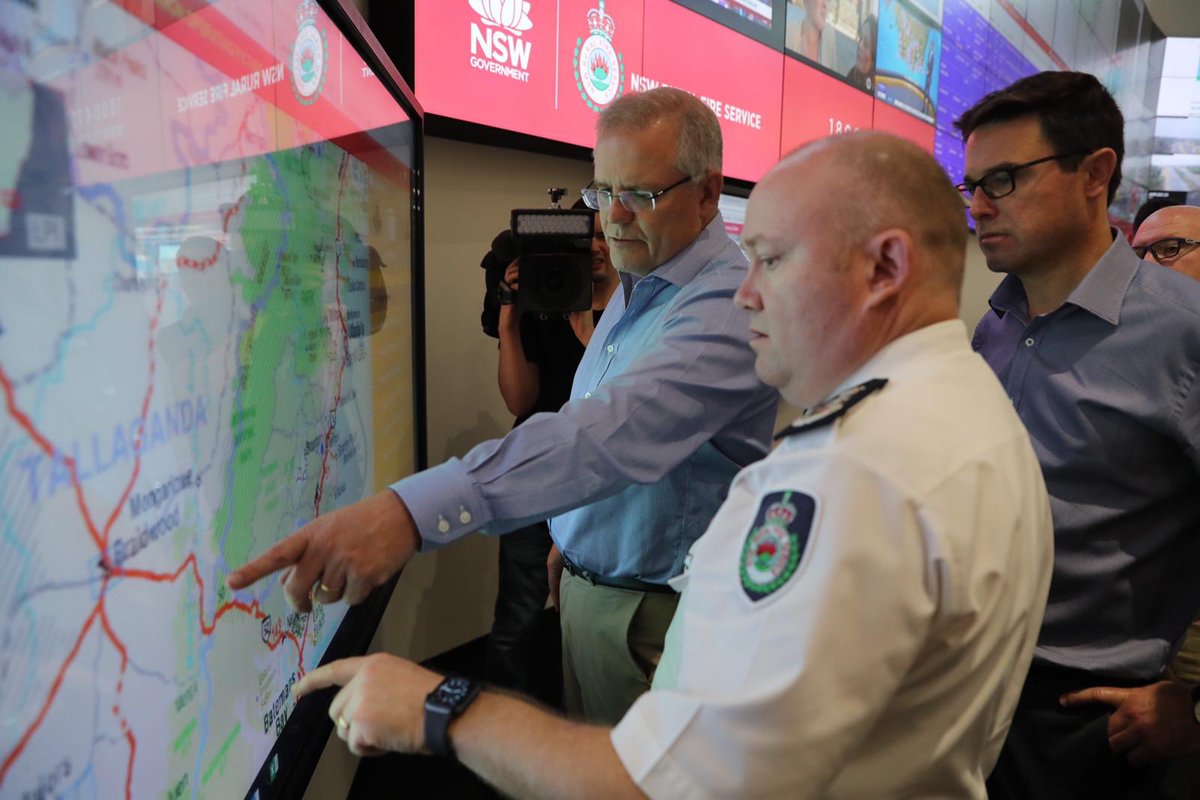 As an economist with close friends in the Adelaide Hills who lost everything but the clothes on their back, it becomes a difficult task to even broadly quantify the ‘economic’ impacts of this crisis, let alone the emotional fallout.

With smoke from these fires reaching as far as South America and help from other countries pouring in by way of donations and firefighting volunteers, it could easily be argued that the economic impact of these fires is global.

In the face of such an overwhelming blow of devastation, this economist has focused on what it means here at home.

The bushfires will undoubtedly have an impact on the Gross Domestic Product (GDP) of Australia, that is, the business activity we produce this year.

When natural disasters occur, this can be somewhat offset in the following months by rebuilding efforts. Out of destruction, comes the need to rebuild when the devastation is over.

This means activity for building and civil construction companies as well as clean up crews and all of the industries that supply down the line to these projects. Overall there has already been, and will continue to be, a reduction in national GDP for some time. That levels out over the long term.

Many of the affected areas rely heavily on tourism as part of their local economies.

There are two types of tourism – domestic and foreign. Overall, foreign tourism levels in Australia may be reduced as people decide to go elsewhere, scared of the nationwide fires we are suffering.

The land size lost in fires is the equivalent to the entire nation of Burma or Ethiopia and almost as large as Germany. It is no surprise that travellers may look towards other places that appear safer.

Domestic tourism makes up much of the tourist numbers into regional Australia. With some areas completely devasted and razed by fires, there is little to no aesthetic appeal for tourists to attend such sites for some time.

Indeed, some sites may be unsafe with charred and smokey remains as well as crumbling infrastructure for quite a while.

Here in South Australia, with half of Kangaroo Island burned, much tourist infrastructure is lost and this will cause a devastating blow to the number of visitors coming to the island each month spending their money.

Food prices have already been affected in the wake of these fires.

Many parts of regional Australia contain agricultural farmland. Crops have been lost and livestock has died.

This leads to a lower supply of food and, in turn, raises the price for the consumer. Much of regional New South Wales and South Australia has seen the loss of entire wine vineyards, leaving ageing stock in storage and this year’s vine yield lost forever.

Both of these states are proud wine providers and economically rely on wine sales and export as part of state GDP.

Though not significant compared with other economic sector losses, these events do bring with them a decline in retail spending.

This was seen in the wake of the 2011 Queensland floods and the 1983 Victorian and South Australian Ash Wednesday fires.

With this comes the decline in consumer confidence, now hitting a four-year low, spurred on by the fires.

This reduction gradually returns to its normal pattern, however, as infrastructure is rebuilt and lives begin returning to normal.

It will come as no surprise to Australians, when insurance renewal notices come out this year, that premiums have increased.

There will be millions of dollars of payments on policies across Australia and insurance companies will seek to mitigate the possibility of fires in the future and recoup losses from the 2019/2020 devastation.

This represents an immediate economic loss to Insurance companies and an ongoing expense to Australians.

With an increased use of emergency services comes a significant cost increase.

The Australian Government has called in the military and this costs millions of dollars per day to provide manpower, equipment and transport to complete key rescue and clean up objectives.

Although this cost may come out of a Federal Emergency budget pool, it represents a major economic spend on the part of the government to rapidly curtail the crisis.

The increased use of police, fire fighters, ambulance and hospital staff also represents a strain on State economies as they grapple with the situation.

Loss of infrastructure, businesses and roads means a loss of jobs in the short term. Put simply, some workplaces no longer exist for people to go to and continue their jobs.

It may take months, if not years to rebuild some businesses, even with government assistance and insurance payouts.

This reduction has been shown on the face of it – against some other types of natural disaster – to be relatively short lived, however, as employment levels begin to rise in the face of rebuilding and reconstruction efforts.

Although this doesn’t mean those who have directly lost their jobs immediately find another, it represents the overall employment rate.

From devastation comes opportunity for others to work and toil, rebuilding what was once lost.

ON A PERSONAL NOTE …

I cannot help but be reminded of Dorothy Mackellar’s second stanza in her 1908 poem, My Country:

I love a sunburnt country,
A land of sweeping plains,
Of ragged mountain ranges,
Of drought and flooding rains.
I love her far horizons,
I love her jewel-sea,
Her beauty and her terror –
The wide brown land for me!

Our country indeed possesses all that Dorothy described. The end of 2019 and the beginning of 2020 have shown us her beauty, her terror and luckily – in very recent days – her flooding rains.

Now a land charred and razed, sweeping and smoky, we begin repairing that which was damaged and lost.

The cost truly immeasurable. We, the people of Australia, will grow stronger, build our towns more resilient, and restore our regional economies once again.

I love a sunburnt country through all of the good times and through the hard.