Mr Langham said while there were no major shocks in the 2018-2019 Budget, the key initiatives that will resonate with Scottish Pacific’s SME clients were: reducing red tape and time spent on BAS compliance; continuation of the $20,000 instant asset write-off; and pressure on the black market, which could help create a level playing field for SMEs.

While the government took tax cuts for large companies off the table, the continuation of plans to reduce SME company tax was welcomed, he said.

“Our clients are SMEs, the largest employer group in Australia,” Mr Langham said. “These business owners are mostly mums and dads, who are very busy, and risking it all to run a business and have a go. 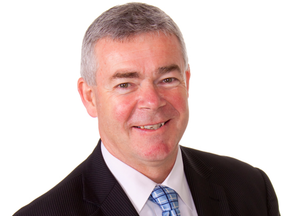 “The personal tax cuts flagged in the Budget are welcome as this will give SME owners more money to spend – and I believe most are likely to spend it on growing the business – because it is their business.”

Anything that encourages spending is welcome by businesses of all sizes, Mr Langham said. Increased dividends through lower tax rates at the higher end should improve superannuation returns and therefore benefit most Australians in retirement.

“Infrastructure spending is good for business because of the immediate demand it creates, but also because it introduces efficiencies that should reduce SMEs’ cost of doing business,” he said.

“There are three obvious areas in the Federal Budget where more could be done for the SME sector – encouraging employment, creating more skilled labour and further simplifying company taxation.

“It wouldn’t be an easy task, but I’d love to see the Federal Government working with the states to reduce the payroll tax regime – this would be a game-changer for small business.

“A growing business gets to a certain size and this tax discourages them from employing people, so in effect it discourages growth.”

This scheme, where business can claim an immediate deduction when buying an asset costing less than $20,000, was meant to come to an end on June 30, 2018, but the Federal Government has extended it for another year.