BUDGET 2018 >> DESPITE claims of taxpayers over-claiming work related expenses, the Federal Government has refrained from making any ad hoc changes to the eligibility rules -- a decision welcomed by the Institute of Public Accountants (IPA).

“We are pleased that the government has not taken away the right of individual taxpayers to claim legitimate work related expenses,” IPA chief executive officer, Andrew Conway said.

“Improving education and guidance materials in response to over claiming is also welcomed. 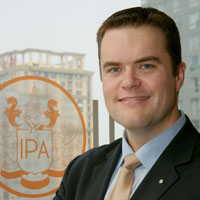 “Taxpayers should consider themselves lucky indeed that that the government has retained the current framework for determining entitlement to claim expenses related to work.

“Tax professionals feared that the government would tighten the WRE eligibility rules or introduce a standard deduction regime to address the rising cost of taxpayer’s claims," Mr Conway said.

“Australia has one of most generous tax regimes when it comes to claiming work related deductions.

“Other countries have either removed this entitlement, or have stricter eligibility requirements or alternatively introduced a standard deduction regime.

“Australia’s tax system has developed a complex deductibility regime that taxpayers need to navigate under our self-assessment rules in order determine their entitlement," he said.

“The IPA does not support a standard deduction as it can lead to unfair tax treatment particularly for some employees who incur legitimate work related expenses which are not reimbursed by their employer whilst rewarding those who are fully compensated.

“Those skirting their obligations and deliberately over claiming should not rejoice as the ATO will be provided with an additional $130 million to increase compliance activities targeting individual taxpayers and their tax agents.