COUNCIL of Small Business of Australia (COSBOA) CEO Peter Strong has rejected claims that there is currently “an anti-big business narrative” in Australia – in fact, he said, the pressure remains on small business.

He made his comments in response to a July 26 editorial in the Australian Financial Review which referred to a dominant “anti-big business narrative” in Australia (Let competition work its magic).

COSBOA’s experience, he said, was rather there is an “anti-dominant oligopolies campaign” and with good reason, “because competition is not working”. 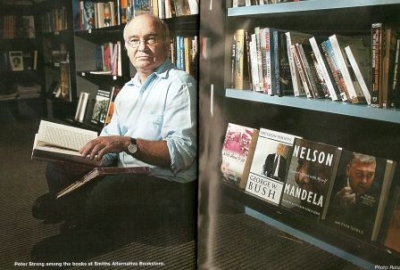 “This is both illuminating and disturbing,” he said.

“While it is good to see Australia’s SME’s confirmed as among the most innovative in the world, it is also not surprising to see our big business sector struggling as innovators. This is because it is widely accepted that the bigger a business becomes, the less agile it becomes in responding to changing market and consumer needs.

“When these two facts are combined however, we find that the big oligopolies have become bottlenecks for taking innovation to the market. They are holding back productivity. They, not the market, decide what products and services will be sold into national markets.

“While this is worrying, it can also be easily explained, and hopefully fixed, with changes to the policies, beliefs and practices that have created dominant oligopolies in Australia,” Mr Strong said.

“It is due to extreme market dominance that the boards of dominant businesses have no motivation and no reason to innovate. They do believe they are innovative but that is delusion based on power not fact.

“In the end, their boards act purely to increase profit and maintain dominance by hitting hard on the SMEs in their large supply chains, rather than doing anything innovative. There is no reason for the oligopolies to foster imagination and reward those who do things differently and better. They behave in this way as a result of the failure of competition policy.

“These oligopolies increase market share by misuse of their market power through bullying, price discrimination, and covert manipulation of government policy – not by being particularly innovative or clever,” Mr Strong said.

“Recently the shadow assistant Treasurer, Dr Andrew Leigh, a noted laissez-faire economist, stated that the domination by oligopolies is holding Australia back, in a speech for the John Freebairn Lecture in Public Policy, at the University of Melbourne in May.”
In his speech, Dr Leigh said: “Like a large tree that overshadows the saplings around it, firms that abuse their market power prevent newer competitors from growing. They hurt entrepreneurs and often reduce the scope for innovation. Consumers suffer through higher prices, lower quality and less choice.”

Mr Strong said this kind of statement had been argued in various forms by most small and medium business representatives in Australia for decades, “but has been rejected by government policy makers –  normally from Treasury – political parties beholden to donations from the oligopolies and unions, the text book driven laissez-faire economists, and from big business lobbyists”.

“To justify these opinions these representatives normally make shallow statements like ‘the market will decide’ or ‘that is our policy and it is not up for debate’, which detrimentally limits intellectual conversation and collaboration,” Mr Strong said.

“Dr Leigh also highlights the depth and breadth of the problem. He mentions that oligopolies dominate markets in newspapers, banking, health insurance, supermarkets, domestic airlines, internet service providers, credit unions, liquor retailing, hardware among many others. In petrol retailing and telecommunications, the largest four companies control more than two-thirds of the market.

“In addition, Dr Leigh’s speech delved into the problem apparent when economists and politicians pick and choose arguments to highlight their particular needs, while ignoring the same rationale for other important arguments.”

Dr Leigh had made the point in his speech: “In 2009, Chris Bowen, as Minister for Competition Policy and Consumer Affairs, criminalised cartel conduct with a jail term of up to 10 years. This put Australia in line with the United States, United Kingdom, Germany, Ireland and Canada.”

However, Mr Strong said, “So it appears we need to be in line on one policy (cartels) yet we cannot put Australia in line with the same countries when it comes to other important competition policies, such as the controversial but desperately needed Effects Test?
“Why the difference?” he asked.

“Simply put Labor’s Competition Policy is written by the unions who often work in close partnership with oligopolies in specific industries where their union members are to be found.

“One such example is the Labor Government’s ‘Road Safety Remuneration Tribunal’ where evidence of communications between the Transport Workers Union and some of Australia’s largest trucking companies could be construed as working together to make it harder for small trucking enterprises to operate.

“It is to the advantage of unions to maintain dominance by their big business friends.  This is at a cost to innovation, to productivity and to the economy,” Mr Strong said.

“COSBOA hopes if both major political parties can ignore the threats and misinformation coming from big unions and dominant businesses, this will see more opportunity for people who run SMEs to get their clever ideas to market. Certainly the Liberal-National Coalition has shown readiness to embrace competition as have the Greens and Nick Xenophon, it is only Labor that cannot confront this issue beyond words.

“It is worth remembering that most big businesses in Australia are good, efficient and fair; it is only the biggest most dominant businesses – about 12 of them – and the biggest unions, three, maybe four, who are the problem,” Mr Strong said.

“COSBOA calls for changes to section 46 of the Competition Act to break the chains on innovation holding Australia back.”