EXTRA >> MORE than 5500 equipment hire businesses – that together are estimated to contribute about $6.5 billion to the Australian economy – are at risk from banks exploiting the Personal Property Securities Act.

Banks are seizing rented assets from liquidated businesses by utilising provisions in the Personal Property Securities Act. The Act,which allows creditors to seize rented equipment as part of a liquidated business’s assets, has been in place for just three years. 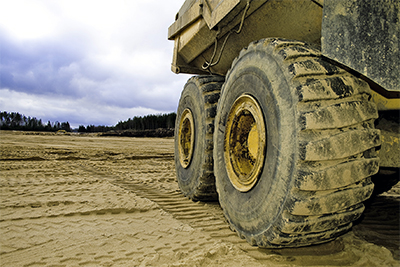 He said the hire industry employs 17,000 Australians, the majority in small and medium sized businesses. Mr Newby said under the Personal Property Securities Act, hire company assets can be seized by another secured creditor, usually a bank, when in the possession of a liquidated business – “ignoring the fact that this equipment is owned by the hire company”.

He said Australia’s hire industry, more than 5500 businesses nationwide, is struggling to cut through the red tape and lack of common sense wrapped around the Act.

Mr Newby said since the Act was introduced three years ago, it was estimated to have cost the industry tens or even hundreds of millions in lost assets and legal fees, saying nothing of the administrative burden.

“There is a misconception that the Personal Property Securities Act protects these businesses. On the contrary, it legislates for ownership to be taken away from these companies and handed on a plate to the banks,” Mr Newby said.

On top of this, he warned the hire company may still be liable for any money owed on the assets that have been taken from them.

“For many of our members this is a devastating scenario. They may even have used their family homes to finance that equipment,” Mr Newby said.

“The way this Act works, if a hire business makes a slight mistake, its customer's bank takes the equipment even if the bank never even knew about it.”

Mr Newby said the industry has been lobbying to have this rectified under the Whittaker Review of the Act, “but in the latest iteration of the legislation, the anomaly remains”.

Tim Nuttall, the owner of Access Hire in the Melbourne suburb of Clayton, said the Act remained a mystery to many in the hire business, who are now required to register their equipment with the Personal Property Securities register.

“This is so foreign to what our industry has always been about – and in essence to the concept of ownership – that it will probably never be understood,” Mr Nuttall said.

It is also something that astounds Gary Kerr, managing director of Kerr’s Hire in Geelong.

“Why should the red tape burden land squarely on our shoulders? “ Mr Kerr said. “We’re small and medium sized businesses, many of us family-owned and operated. We’re having a go, trying to build our businesses. Yet our assets can be taken because of someone else’s financial mismanagement.

“How can anyone believe the banks could be duped into assuming that a ‘lessee’ owns the goods it hired and use them to secure finance for a loan?,” Mr Kerr said.

Despite this, Mr Newby said, the industry was still taking its case to government, requesting common sense prevail.