THE most respected business awards program for Australian entrepreneurs has named a crop of 101 to contest the finals of the 15th annual Australian EY Entrepreneur Of The Year Awards.

EY – formerly Ernst and Young – has announced the 101 entrepreneurs from across the nation (see below) who are in the running to be crowned the 2015 Australian EY Entrepreneur Of The Year and they are an outstanding mix of energy creativity and innovation.

EY’s Entrepreneur Of The Year Leader for Oceania, Bryan Zekulich, said this year’s nominee field included some of Australia’s best entrepreneurial businesses across a diverse range of fields including property, fitness, technology, food and beverage, kids toys, health and education.

“In our 15th anniversary year of celebrating the EY Entrepreneur Of The Year awards in Australia, it’s inspiring to see such an abundance of talented and successful home grown entrepreneurs making a significant difference to the local and global economy,” Mr Zekulich said.

“At EY, we believe the new wave of Australian businesses is critical to the next generation of job seekers and to maintaining our nation’s high standard of living. The Federal Treasurer has also recognised the significant value entrepreneurs bring to the economy and, through the recent budget initiatives, is helping promote further innovation and enabling more people to chase their business dreams.

“Recognising and promoting success stories is another way we can encourage future entrepreneurs and EY is proud to have now celebrated 15 years of entrepreneurial excellence in Australia.

“Each of the nominees in this year’s program has the courage and conviction to make their business dreams a reality and, in the process, they are helping build a better working world by creating new jobs, driving innovation and productivity, boosting the economy and inspiring others.

Commonwealth Bank business and private banking group executive, Adam Bennett said entrepreneurs “are a critical part of the Australian economy and we are proud to be the principal sponsor of a program that recognises the exceptional standard of entrepreneurial achievement in Australia”.

“Australia continues to be fertile ground for outstanding and diverse entrepreneurial talent, and this year’s nominees are a world-class representation of business leadership,” Mr Bennett said.

“At the Commonwealth Bank, innovation is part of our DNA and we are honoured to be associated with some of Australia’s top business innovators, who continue to inspire and motivate others in their pursuit of high calibre enterprise.

“I would like to congratulate all the nominees and wish them the best in their pursuit of this accolade.”

The nominees will first vie for regional honours at award ceremonies across the country during July and August, with the regional category winners going on to compete at the national awards ceremony in Sydney in October.

The overall Australian winner will then continue on in the global program, travelling to Monte Carlo in June 2016 to compete against other national winners from more than 60 countries for the chance to be crowned the EY World Entrepreneur Of The Year.

Nominees are assessed by a panel of independent judges, including previous Entrepreneur Of The Year award winners and other successful Australian business leaders according to six core criteria: entrepreneurial spirit, innovation, personal integrity and influence, financial performance, strategic direction, and national and global impact. 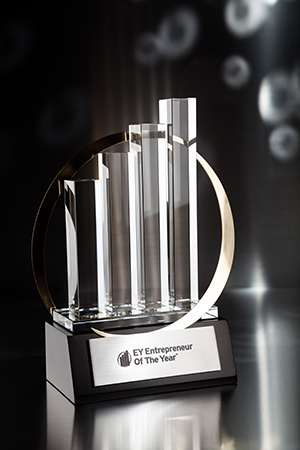 Regional nominees in the 2015 Australian EY Entrepreneur Of The Year awards are:

The Central Region awards ceremony will be held in Adelaide on Thursday, July 16, 2015.

The Eastern Region awards ceremony will be held in Sydney on Thursday, August 13, 2015.

The Northern Region awards ceremony will be held in Brisbane on Thursday, July 30, 2015.

The Southern Region awards ceremony will be held in Melbourne on Thursday, August 6, 2015.

The Western Region awards ceremony will be held in Perth on Thursday, July 23, 2015.