ITALIAN helicopter manufacturer Leonardo has selected Fisherman’s Bend in inner Melbourne as the site for its Australian helicopter repair and overhaul facility.

“The facility will commence operation in mid-2020 and employ at least 15 technical staff for 30 years or more, with 25 or so staff employed indirectly,” Mr Pyne said. 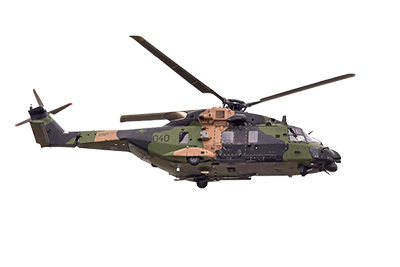 “Previously we had to send the gear boxes back to Italy for maintenance – now we’ll be able to do that work here, faster and cheaper, while transferring skills and know-how to Australian industry.”

Mr Pyne said the Federal Government was investing about $16 million in the facility, with a similar amount being committed by Leonardo. It is said to be the only facility of its kind in the southern hemisphere, and is expected to generate new opportunities for local defence industries in the regional aerospace market.

“This project is a true win-win situation for both Defence and local defence industry, creating more defence industry jobs in Victoria and leading to greater helicopter availability for operations,” Mr Pyne said.