What the government changes to JobKeeper mean for business owners

THE FEDERAL Government has released more detail about the much-anticipated changes to the JobKeeper program.

In a press conference, Prime Minister Scott Morrison and Treasurer Josh Frydenberg announced a new and more targeted version of the JobKeeper program will commence from October 2020.

The changes will take effect from September 28 and will be implemented progressively so employers currently receiving the wage subsidy will continue to receive JobKeeper in its current form until the end of September. 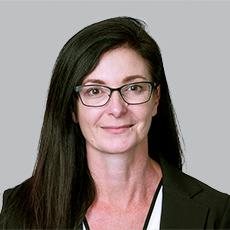 While eligible employers were required to provide monthly data to the ATO of current and projected turnover, eligibility for the program did not cease if turnover returned to normal or increased.

Under JobKeeper 2.0, eligible employers will need to re-test the decline in turnover in October and December to ensure ongoing eligibility. The PM has indicated the new JobKeeper eligibility tests will be based on a comparison of quarterly turnover and will not be limited to a one-off test.

To be eligible for ongoing JobKeeper assistance, businesses will need to pass the relevant decline in turnover rates as follows:

Testing of ongoing eligibility based on ongoing quarterly turnover will assist in ensuring integrity in the program and ensuring the program is targeted at those businesses impacted most by COVID-19.  This is a welcome change that will help limit the financial burden on the government and Australian taxpayers, but also ensures business owners impacted by COVID-19 are provided with the support to continue to operate and engage their employees until COVID-19 outbreaks are contained and restrictions released.

While the detail of the new eligibility tests is yet to be announced, on the face of it, it appears the proposed changes will assist in ensuring financial support is targeted to industries most impacted by the ongoing effects of COVID-19 restrictions such as hospitality, tourism, entertainment and the airline industry. The proposed changes will also ensure financial support is directed to businesses in Victoria and New South Wales which have been impacted by an increase in COVID-19 cases and a second round of restrictions.

The PM also announced changes to the JobKeeper minimum wage condition which will see employees receive support based on their basis of employment as opposed to receiving a flat rate of support. The government has announced JobKeeper 2.0 will have a two-tiered approach to the minimum JobKeeper wage: one for full time employees; the other for part-time and long-term casual employees.

The new rates will be as follows:

This change is welcome as it will address the anomaly where casual or part-time employees were paid a flat rate of $1,500 per fortnight (before tax) irrespective of their usual rate of pay or working hours, or where stood-down employees receiving JobKeeper support from their primary employer have obtained temporary employment with another employer.

The gradual weaning off of government support will give businesses the opportunity to revisit future sustainability. RSM strongly advises business owners to engage with their advisers to create a plan for the future, whether that be business growth, business reinvention or business cessation.

Finance Minister Mathias Corman had indicated in an earlier press conference that the government was cognisant of the issue where stimulus support packages, such as JobKeeper, were keeping otherwise-insolvent companies afloat and this was not the intent of the program. The proposed changes may be a warning for zombie companies. Given the impending changes and ultimate cessation of the program in early 2021, otherwise-insolvent companies may need to consider whether they continue to reassess eligibility or seek advice relating to voluntary administration or winding up while ASIC concessions surrounding insolvent trading provisions are still in effect.

Further detail regarding the changes is not expected until government resumes in September; however, today’s government announcement appears reasonable and equitable, and will ensure support is more targeted towards those who most require it.

Tracey Dunn is the associate director of RSM Australia, one of the nation's leading professional services firms with a 95-year history of assisting Australian businesses to innovate and develop.