WHEN there is conflict, dissonance or underperformance in an organisation, we assume that there is a problem with the person, be it their values, their personality, style, competence or ‘bias’.

This may at times be true to some degree, however, if we jump paradigms and understand behaviour from a systemic lens, then we start to understand our presenting problems in a different way, and our solutions and interventions to address these become quite different.

Our current understanding of behaviour in organisations is largely based on a psychological or interpersonal framework.

In a systemic lens it is assumed that problematic behaviour and underperformance lies in the system or context rather than the individuals alone. 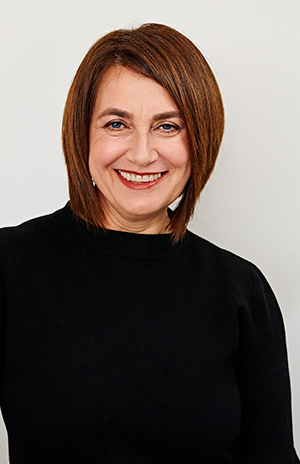 By ‘system’ I don’t mean the technical systems and processes of our organisations, the most widely accepted meaning currently. The ‘system’ is the complex web and patterns of interrelating between the members or parts of the organisation and the roles that they play.

When looking through a systemic lense at problems facing an organisation, we can create very different outcomes and results both for people, as well as for our organisations’ culture and ability to perform and thrive. This can be explained through an example of a client I have worked with recently.

Joe works for an Australian division of a successful global multinational company. He is technically very competent as well as being a great leader.

He had come up through the ranks of the company over years of dedicated service, and was extremely well respected by his team and peers. He was flagged as high potential talent. So much so that when his manager, the CEO of the Australian business and director of the Asia Pacific (APAC) region, was stretched to the limit doing both roles, he decided to appoint a COO to help him run the Australian Strategic Business Unit and Joe was the obvious candidate.

The HR machine swung into gear and the new organisation structure was designed. The COO job was created and all of the Australian executives who once reported to the CEO, would now report to the COO.

A few of the Australian executive team, in functional roles, would also continue to report to the CEO, but in Joe’s APAC director role, those employees would essentially have two managers, and work with each of them depending on which context they were serving, just like in any matrix organisation.

It was anticipated that some of the decision making between the CEO and the COO may be tricky, so decision rights, for the two of them, were documented to provide clarity on which decisions would be made by whom – largely the CEO would make the strategic decisions and the COO the operational ones.

This new structure would be a good solution to ‘fix’ the overstretched CEO ‘challenge’, and help better manage the Australian business, which was underperforming and under pressure.

It was an exciting step up for Joe too, the next edge in his career and recognition well deserved. Joe was appointed, and the communications rolled out.

WHEN OUR SOLUTIONS BECOME OUR PROBLEMS

Quickly, ’noise’ started to surface in the organisation. The high-potential COO was struggling to lead the executive team. Murmurings were emerging everywhere.

What was wrong with Joe? Was he the wrong appointment? Had they misjudged his capability? Was he not up to the ‘bigger’ job?

He was even starting to doubt himself a little.

Joe started working with a business coach, where they stepped up onto the ‘balcony’ to observe and ‘map’ the system he was in, to understand what was going on. From this perspective, a ‘whole’ new picture started to emerge.

The ‘problem’ didn’t reside with Joe alone, but in the complex, messy, ambiguous system that had been created with the restructure. Of course, it had not been designed intentionally to set up the COO and system for failure, just the opposite. However, what was missed was the complexity and systemic, or relational, reset required between all the roles in the executive team.

Only one job had been added and formally changed, but all the roles of the executive and how they related to the COO and CEO, had to be reframed and repatterned to enable the new structure to work.

A new systemic contract and ‘rules of engagement’ had to be agreed and lived by the whole team. This was not just a simple ‘technical’ fix.

ALL BEHAVIOUR IS INTERRELATED

So, what did Joe and his coach observe from the ‘balcony’?

And so, the ‘system’ artfully said yes and no at the same time.

Reporting lines had changed, the restructure had happened, but the ‘system’ remained the same. The executive still ‘reported’ to the CEO.

Everyone was complicit in maintaining the old system of relating between the roles. The CEO and most of the executive team were as much part of the problem as the COO.

Unless they all stepped into a different role, in relation to the COO and allowed him to manage, the system would be stuck here in this ‘noise’, and the COO would probably become a casualty.

They were caught between these two ‘contexts’ one explicit and one implicit. The problem seemed personal and individual, with Joe, but really the system was the problem and had to be repatterned. In this newly created context Joe couldn’t shine, or do his job, no matter how competent he was. This was starting to impact business performance too and would only get worse!

A new pair of systemic glasses

Once this became visible to Joe, and he was wearing this new ‘pair of systemic glasses’, he knew exactly what to do. He needed to step into his leadership role, stop being a peer to his new team, and establish new ‘rules of engagement’ with the CEO for navigating the messy and ambiguous context they were both in.

We have a multi-billion-dollar leadership development and change industry mostly based on interpersonal, psychological and technical assumptions.

Human and Technical Capital, the ‘fill and fix’ model is how I describe it.

The research tells us that in the main we only get a 20 percent return on this investment, and yet we continue to use the same thinking, approaches and methods.

What if we were able to bring more of this systemic paradigm, thinking and methodology to our organisational change and leadership development models? Develop Systemic Capital?

Perhaps, the time has come to reframe our dominant assumptions and develop a new map for leadership and change in our organisations? Would we not get a better return on investment (ROI)?

In this case, the individual coaching initiative for the COO led him and his executive team to apply this lens and methodology to the wider business performance challenge they faced, which resulted in the business moving into organic growth for the first time in almost two decades.

Joan Lurie is the director of Orgonomix, one of Australia’s leaders in systemic change, organisational strategy and leadership development. She is also the creator of ‘Orgonomics’    – a proprietary systemic methodology, designed to help top-tier leaders fundamentally transform their businesses and thrive in the ‘gig economy’. Working with the CEOs of some of the country’s largest businesses, Orgonomix works to uncover and implement ground-breaking systemic changes, reframes roles and perspectives, and re-patterns organisations for new ways of operating to achieve higher order functioning and performance.