THE Australian Taxation Office (ATO) has welcomed the decision of the High Court on March 11 in relation to the meaning of 'associate' for tax purposes, with broader relevance to dual listed companies, staples and other similar structures.

The relevance in the context of BHP was in relation to the Australian taxation of a relatively small component of its profits made by a marketing-hub established in a low-tax jurisdiction by the BHP dual-listed group BHP Group Limited, formerly known as BHP Billiton Limited in Australia (BHP Australia) and BHP Group Plc, formerly known as BHP Billiton Plc, in the UK (BHP UK), namely the profits from the on-sale of commodities from Australian subsidiaries of BHP UK.

Following the simplification of their structure announced by BHP as part of the transfer pricing settlement with the ATO in 2018, BHP Australia is already being taxed on 100 percent of the profits of the marketing hub in Singapore from the sale of Australian commodities owned by BHP Australia, the vast bulk of its Australian operations. 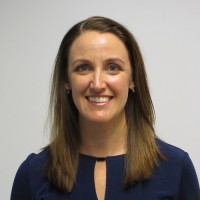 This High Court  decision now finalises the dispute between the ATO and BHP in relation to the on-going Australian taxation of the marketing hub profits, which will be fully taxed in Australia.

“This decision means that BHP Australia was taxable on its share of profits derived by the marketing hub from selling commodities mined in Australia which it purchased from BHP UK's Australian subsidiaries,” Deputy Commissioner of Taxation for Public Groups Rebecca Saint said.

“The resolution of this case in conjunction with BHP’s earlier structural simplification and $529 million transfer pricing settlement [for the years 2003 to 2018] means this long running dispute is now concluded, and Australians can have full confidence that BHP, as one of Australia’s largest companies, is paying full tax on its profits from the sale of Australian commodities," she said.

“Complex domestic and international tax structures of global multinationals have been a focal point of the ATO’s Tax Avoidance Taskforce. This decision validates our robust approach of ensuring complex arrangements comply with Australian taxation laws and that large corporate groups are paying the correct amount of tax.”

This case highlights the Tax Commissioner’s continued commitment to protecting the Australian tax base and willingness to hold large well-resourced multinationals operating in Australia to account to ensure that those multinationals pay their fair share of tax in Australia rather than diverting profits offshore to no-tax or low-tax jurisdictions.

The precedent set by the decision provides clear guidance that will assist the ATO in its efforts to ensure that other multinationals pay their fair share of tax in Australia. The decision will also have broader implications for other taxpayers affected by taxing provisions that use the concept of an 'associate'..

The High Court decision can be read in full here.